Leaked screenshots of Twitter’s internal systems indicate that the company keeps “blacklists” for users it deems undesirable, according to multiple reports. The leaks followed the largest hack in the platform’s history.

The images, said to be screencaps of an internal control panel on the site’s back end, appear to show that Twitter marks user accounts with tags such as “Trends Blacklist,” “Search Blacklist” and “Compromised.” The visuals were first reported by Motherboard on Wednesday evening, soon followed up by CNet, who also said it had obtained copies of the images.

Though Twitter has reportedly scrambled to cleanse the site of posts featuring the screenshots over privacy violations, the company has yet to weigh in to clarify their meaning or explain the purpose of such “blacklists.” The platform has long maintained that it does not ‘shadow ban’ users – or limit the reach of accounts in lieu of an explicit ban – but the allegedly leaked images have generated a whirlwind of speculation that it does engage in the practice after all. Conservative users in particular were up in arms over the reports, with right-leaning pundit Mike Cernovich accusing the company of editing content “manually” to weed out certain political viewpoints.

Twitters admin panel has a button to “blacklist trends.”

So yeah twitter lied, they manually edit trends. The ones advocating violence are kept up. By their choice.

They aren’t a platform. They are a publisher.

Excuse me, but what’s up with that screenshot showing you have a “Search Blacklist” and “Trends Blacklist” button for Admins? And why is Twitter censoring anyone who tweets the screenshot? https://t.co/KgXg9tWNtd

BREAKING: Alleged leaked pictures from the Twitter admin control panel that was compromised showcase the buttons ‘Trends Blacklist’ and ‘Search Blacklist’, indicating Twitter DOES have the ability to shadowban it’s users.

A company blog post in 2018 sought to assuage concerns and “[set] the record straight” on whether it engages in shadow banning, insisting flat-out “we do not,” however a subsequent rule change last December effectively wrote the practice into the platform’s policies. Under the new terms, Twitter said it retained the right to “limit distribution or visibility of any content on the service,” though left it unclear exactly how it would accomplish that or when and where such limitations would be imposed.

The alleged screencaps emerged hours after the largest hack in Twitter’s history, sweeping up billionaires, celebrities, politicians and corporations in what appeared to be a far-reaching cryptocurrency scam. While Twitter remained largely mum on the incident throughout most of Wednesday, later in the evening the company confirmed that its internal systems were indeed targeted in the massive breach, allowing the hackers to hijack a large number of accounts simultaneously through an employees-only control panel – presumably the same one featured in the screenshots.

“We detected what we believe to be a coordinated social engineering attack by people who successfully targeted some of our employees with access to internal systems and tools,” the company said in a statement, noting that it is still investigating what other illicit access the hackers might have had. 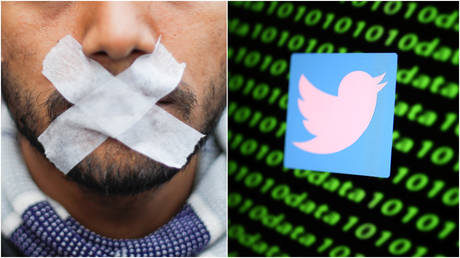