The Royal Australian Air Force (RAAF) is grounding its ‘airmen’; instead it will refer to the people who fly its planes as ‘aviators’. But just don’t say they ‘man’ aircraft.

The RAAF, which turned 100 on March 31, says it will drop rankings or terminology that are sexist in nature, with Air Marshal Mel Hupfeld detailing the change of policy in a private dinner with senior officers to mark the centenary last week. On Thursday, the change in language was confirmed by Australia’s Department of Defence.

“Of all the work that has been done in developing our Air Force culture, the most challenging dilemma has been fully explaining who we are,” Air Marshal Hupfeld said. “We are ALL aviators.”

An ‘airman’ has previously been considered a general term that refers to any member of a nation’s air force regardless of rank or gender, just as ‘seaman’ refers to all naval rankings on ships.

Air Marshal Hupfeld said the change in language will help “instill a stronger sense of identity.”

The RAAF wants to have a quarter of its roles filled by women by 2023 and it first admitted females into flying roles in 1987. 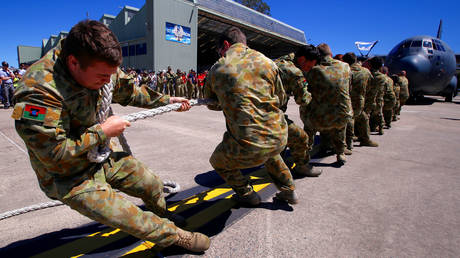