Scientists have found tiny air pollution particles in the brains of young people, which they say may cause damage to cells in a similar way to Alzheimer’s and Parkinson’s disease.

The brains of 186 deceased young people, including small children, from Mexico City were dissected as part of the study, which was published in Environmental Research journal.

Tiny air pollution particles were discovered in the brain stems of each of the studied individuals, with the researchers warning that they can affect molecules much like Alzheimer’s and Parkinson’s.

The evidence of pollution was located in the substantia nigra – an area of the brain that’s crucial to the progression of Parkinson’s disease. The team believes that the particles, linked to Alzheimer’s and Parkinson’s, and which were detected in the young subjects’ brains, could have made their way into the human system through the nose or gut.

Meanwhile, they could not be found in the brains of people from less polluted areas than Mexico City, which is known for smog and an increasingly hazardous ecological situation.

The study is still in the observation stage, Lancaster University Professor Barbara Mather, who was one of the authors of the paper, told The Guardian. However, she said that new findings lend more credence to a theory that there is a direct link between neurodegenerative diseases and pollution.

“We can’t prove causality so far, but how could you expect these nanoparticles containing those metal species to sit inert and harmless inside critical cells of the brain? That’s the smoking gun – it seriously looks as if those nanoparticles are firing the bullets that are causing the observed neurodegenerative damage.”

If the correlation is confirmed, it may become a huge concern for humanity as around 90 percent of people on Earth live in the areas where levels of air pollution exceed the World Health Organization’s limits. Some three million deaths are linked to the effects of air pollution each year, according to the organization’s report from 2016.

Alzheimer’s is a chronic neurodegenerative disease, causing dementia, language problems, mood swings and other issues. Parkinson’s mainly affects the motor system, which is manifested in tremor, slowness of movement and rigidity, among other things. Both conditions are more common in older people. 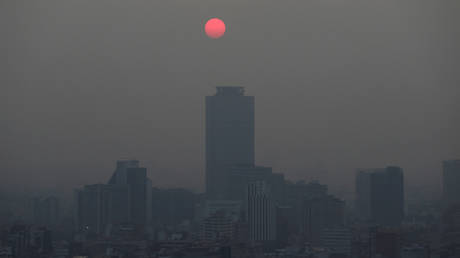