Saudi Crown Prince Mohammed bin Salman said that those who would endanger the kingdom’s security and stability would face Riyadh’s “iron fist,” a day after a grenade attack at a non-Muslim cemetery in the city of Jeddah.

“We will continue to hit with an iron fist against anyone who thinks of threatening our security and stability,” the prince said in a speech addressing the Shura Council, the kingdom’s top advisory body.

“We will continue to confront any extremist behavior and ideas,” he added. Mohammed bin Salman said that his country, the birthplace of Islam, rejects any terrorist acts and is determined to confront extremism. He also praised the interior ministry and security forces reforms, launched back in 2017, which he said reduced the number of terrorist attacks in the kingdom “to near zero.”

The prince’s speech comes a day after several people were injured in a grenade attack on a Remembrance Day ceremony, which was held at a non-Muslim cemetery in the Red Sea city of Jeddah.

Islamic State (IS, formerly ISIS) terrorist group claimed the attack, but did not provide any evidence it was actually behind it. The attack on a ceremony involving foreign diplomats from France, the UK, the US, Italy and Greece, came almost two weeks after a guard at the French consulate in Jeddah was assaulted with a knife.

France has seen escalating tensions with the Muslim world over the past month, amid a crackdown on ‘radical Islam’ in the country that many Muslim believers have protested as a pretext for government repression of their religious institutions. The crackdown was prompted by the beheading of a school teacher near Paris over cartoons of Prophet Mohammed he showed to his students during a lesson on freedom of speech. Saudi Arabia criticized the cartoons but also said that it rejects “any attempt to link Islam and terrorism.” 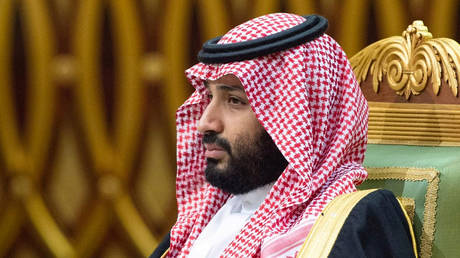