Afghanistan’s National Directorate of Security (NDS) says it has killed an Al-Qaeda chief responsible for the group in the South Asian region, claiming the Taliban had harbored him, despite its promises to cut ties with Al-Qaeda.

Mohammed Haneef, nicknamed ‘Abdullah’, was killed in a raid in the western Farah Province, the Afghan officials said. Haneef was described as a senior leader of Al-Qaeda in the Indian subcontinent (AQIS), and a former aide and deputy to Asim Umar, the head of AQIS, who was killed in Afghanistan last year.

According to the NDS, Haneef was initially a Taliban member but had joined Al-Qaeda this year and was training Taliban militants to make bombs and place them on vehicles. Hannef was given “safe haven and protection” by the Taliban, the NDS said.

A spokesperson for the Taliban told Reuters that the group was investigating the allegations.

The Taliban had pledged to cut ties with Al-Qaeda as part of a peace deal with the US signed in February. However, a UN extremist watchdog warned in October that Al-Qaeda operatives were still “heavily embedded” with the Taliban and were doing “a good deal” of training and fighting together.

Last week, the Afghan military reported that several Al-Qaeda fighters were killed in Taliban-controlled areas. Afghan Army Chief of Staff General Yasin Zia said that “the Taliban still have close coordination and conduct operations with other terrorist organizations, including Al-Qaeda.” 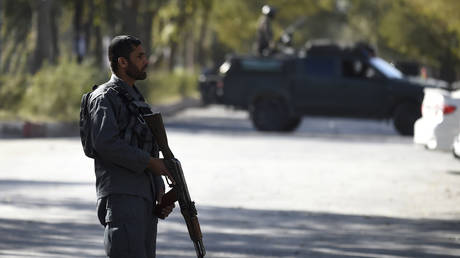