Japanese optics company Olympus has signed a memorandum of understanding that will see the 100-year-old business transfer all shares in its camera operation to the investment fund Japan Industrial Partners (JIP).

The legacy optics maker said it intends to exit the camera business completely, with the company now focused on providing medical equipment such as endoscopes.

The memorandum notes how Olympus first entered the camera market in 1936, when it created the photographic Zuiko lens. But the missive also highlights the difficulties facing the firm today, stating that the “severe digital camera market” is too much to bear, and citing the rise of smartphones as the root cause of the pinch.

Now, after three consecutive years of losses, its Imaging business is being cut loose from the wider Olympus family, in the hope that it will “become more compact, efficient and agile” enough to weather the market’s current uncertain climate.

In the statement, it says that JIP, the company that bought the VAIO computer business from Sony, “has strong track records in supporting strategic carve-outs that realize growth potential and encourage autonomous growth.”

The two companies plan to sign a definitive agreement by the end of September, with the deal expected to conclude later in the year. 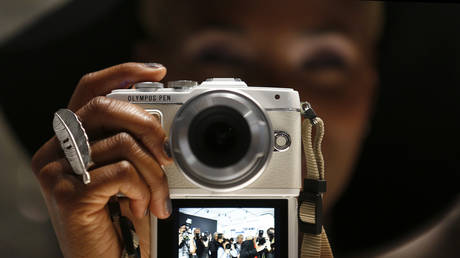