Agatha Christie’s worldwide bestseller ‘And Then There Were None’ will be given a new name in French, 80 years after the book was first published, as the francophone version kept the original title, replete with racial slurs.

The English author, known for her 66 detective novels and short story collections, including the tales of detectives Hercule Poirot and Miss Marple, was a prolific writer in the early to mid 20th century.

‘And Then There Were None’ is among her most celebrated works, inspiring dozens of film, TV, radio and stage adaptations. However, some of the author’s use of language is very far removed from the woke era of the 21st century.

Christie’s great-grandson, James Prichard, who is in charge of her estate, has chosen to change the novel’s title in French, ‘Les Dix Petits N***es’, the French for ‘Ten Little N****rs’ to prevent causing needless offense.

“When the book was written, the language was different and we used words that are now forgotten. This story is based on a popular rhyme that is not attributed to Agatha Christie,” Prichard told RTL.

“If just one person felt this, it would be too much! We must no longer use terms that are likely to hurt: this is the behavior to adopt in 2020,” Prichard added.

As of Wednesday, the title of new editions will be changed to ‘Ils étaient dix’ or ‘They Were Ten’.

In addition, the French pejorative form of the word ‘negro’, which appears 74 times in the original translation dating from the 1940s, will be purged. For example, ‘The Island of the N****rs’ in the book will now be called ‘The Island of the Soldier’ as it has been called for many years in the American edition of the book.

The book was first published in the UK in 1939 with the title ‘Ten Little N****rs’, in reference to the minstrel song, which is a major plot point. In the US, the book has long been sold as ‘And Then There Were None’, though other editions exist with the potentially offensive ‘Ten Little Indians’ title.

The book has sold more than 100 million copies worldwide, so the change is unlikely to shield every francophone from seeing the racial slur on some bookshelf.

The move comes amid a recent global cultural upheaval spurred by anti-racism and anti-colonialism movements in the wake of high profile police killings of black men in the US, which led to major protests and the tearing down of statues of figures associated with historical racism and slavery.

Beatrice Duval, director general of the Livre de Poche publisher, which will also release a revised French-language version of the text in October, says that France was one of the last territories in the world to keep the original title. 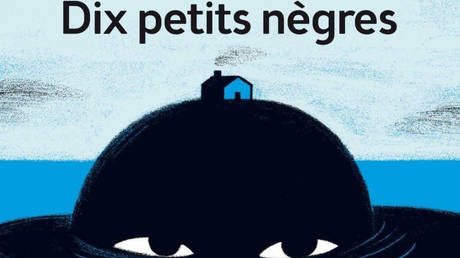 Indian merchants sue Amazon over u...