A strong 7.0-magnitude earthquake has struck the region of eastern Papua New Guinea at the depth of some 85.5 km, the US Geological Survey reported. A tsunami warning was issued in the wake of the shake, but was promptly revoked.

Pacific Tsunami Warning Center initially put out an alert for “hazardous waves” within 300 km of epicenter of the quake, which took place around 8 pm Pacific Time.

The National Weather Service later reported that the whole North American coastile was not in danger.

The USGS initially reported the quake as a 7.3-magnitude jolt, but later downgraded the magnitude to 7.0. 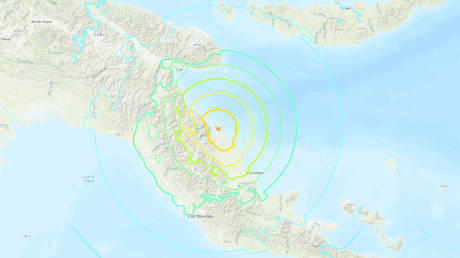