Police in Austria are investigating 21 possible accomplices of the jihadist who rampaged through Vienna last week, officers have said, adding that some aspects of the attack – including the weapons’ origin – are still a mystery.

Eleven days after the terrorist attack that killed four people, Austrian authorities say a number of questions remain. Michael Lohnegger, the police chief leading the investigation, told a news conference on Friday that investigators still don’t know how the gunman got to the city center on the night of the attack, or where he got his weapons and ammunition.

Lohnegger said that the attacker, identified as Kujtim Fejzulai, had three weapons, including an AK 47 which was made in Serbia, and ammunition from China.

The police chief added that Fejzulai had tried to purchase weapons in Slovakia in July and returned empty handed, but where he eventually bought the weapons was unknown.

The police chief said that they were now investigating 21 potential accomplices, of whom 10 remain in custody. “What we cannot yet say definitively is to what extent accomplices provided support before the act,” he said.

The spokeswoman for the Vienna prosecutors’ office, Nina Bussek, said that most of the accomplices, all of whom are aged 18-28, were Austrian, but some came from Kosovo, Macedonia, and Bangladesh.

Lohnegger concluded by saying one of the biggest unknowns is how the gunman got to the city center on the night of the attack, adding that he was well armed and wearing a dummy explosive belt. He said police had ruled out public transport, adding it was possible that Fejzulai had a driver.

The Austrian government has come under fire for the apparent cacophony of errors which may have hindered opportunities to prevent the attack, with opposition party leader and ex-Interior Minister Herbert Kickl calling for current Interior Minister Karl Nehammer to resign.

Nehammer has admitted that Austria’s intelligence service received a tip-off from its Slovak counterpart after Fejzulai tried to buy a weapon in the neighboring country, but the warnings went unheeded.

It was also confirmed that Fejzulai, who had been imprisoned for trying to join ISIS and was released early, met with other known extremists from Germany and Switzerland in July in the Austrian capital. 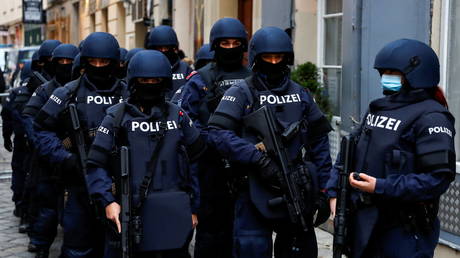