Two women have been injured in a stabbing attack inside a department store in the Swiss city of Lugano, according to police. A female suspect has been arrested, and officers have reportedly not ruled out terrorism.

The attack occurred around 2pm local time, when a 28-year-old Swiss woman, who lives in the area, grabbed the first victim by the neck with her bare hands before turning on a second woman and slashing her with a knife, police said.

Local media reports say that investigators have not ruled out terrorism as a motive for the attack.

The suspect was apprehended by other people inside the store before being arrested.

Police said that one of the victims sustained serious, but not life-threatening, injuries in the attack, while the second sustained minor injuries. 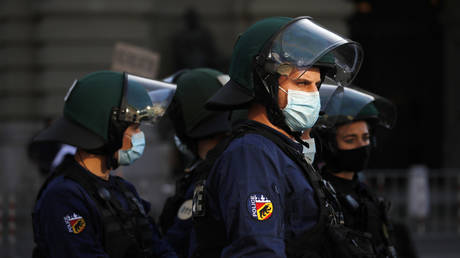 Christmas lockdown rules – Can I f...