Indian security forces have launched a search operation after two police officers were killed in a terrorist attack in disputed Kashmir, as the country prepares for its annual Independence Day celebration.

Authorities have cordoned off the area where the ambush occurred, and launched a search operation to locate the assailants.

The attack took place amid beefed-up security ahead of India’s Independence Day, celebrated on August 15. Security forces in Kashmir were placed on high alert and conducted several raids on Thursday, busting three terrorist hideouts. One of them included a weapons cache containing nearly 2,000 AK-47 rounds, hand grenades, and explosive materials. 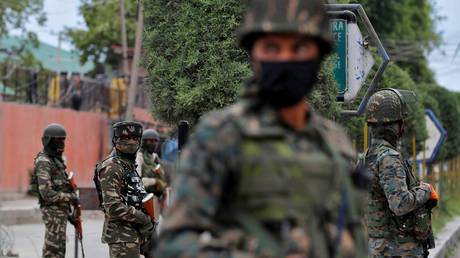