The Brazilian states of Rio de Janeiro and Sao Paulo have excluded pregnant women from their Covid-19 vaccine rollouts after the medicines regulator published new advice following the death of an expectant mother.

On Monday night, the National Health Surveillance Agency (Anvisa) recommended the immediate suspension of the use of AstraZeneca’s Vaxzevria jab in pregnant women.

In a statement the regulator said its decision was the result of “adverse” reactions to vaccines, adding that people getting a Covid-19 jab should seek professional advice in situations not currently covered by the product information.

Newspaper Folha de São Paulo reported that Brazil’s Ministry of Health is investigating the death of a pregnant woman in Rio de Janeiro after she received the Oxford-AstraZeneca vaccine.

Both states cited Anvisa’s decision for their suspensions of vaccination for pregnant women, which are set to kick in on Tuesday as the investigation continues.

In Brazil AstraZeneca’s vaccine is manufactured and distributed under a partnership with the public health institute Fiocruz.

In a statement to Reuters the drugmaker said pregnant women and breastfeeding mothers were not included in clinical trials of its jab.

According to World Health Organization advice, pregnant women can be given AstraZeneca’s vaccine if the benefits outweigh the potential risks. 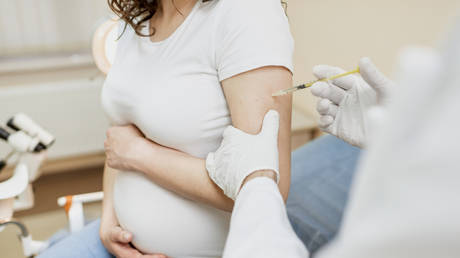