At least two large flocks of birds are confirmed to have been contaminated with a strain of bird flu in Italy, officials announced, with thousands set to be killed off to prevent an epidemic in Europe.

Some 200 birds died in a commercial farm of fattening turkeys in the province of Verona, local media reported on Thursday, citing authorities. The turkeys on a farm in Ronco all’Adige had suffered from a highly infectious H5N1 virus that causes bird flu, local veterinary services told the farm owners, according to la Repubblica daily.

The news was also confirmed by the World Organization for Animal Health (OIE).

While the disease killed only 200 of the 13,000 birds at the farm, the rest will also be killed and their carcasses burned to prevent the spread of the flu.

Last week, some 38,000 birds were also killed in the nearby province of Ferrara in the north of the country, despite the virus in that case being less contagious.

Health authorities say they are confident that the two incidents are isolated cases, but are warning poultry owners to be vigilant. They are advised to keep an eye on their flocks and keep them isolated in the farms, to avoid any contact with wild birds. A restriction zone of one kilometer around the sheds is advised.

Migrating ducks and other species can often harbor the virus without getting sick themselves and spreading an epidemic to others. Last winter was one of the worst seasons regarding bird flu infections in Europe. Some 23 million birds in 31 countries were affected, with 3,800 outbreaks registered. Outbreaks kept up between May and September when they would usually have ceased in the summer months, with another 162 outbreaks recorded in 17 countries.

The H5N1 virus is highly contagious for birds, but not so much for humans. However, contamination in people is not impossible, with farmers known to have suffered from the disease. 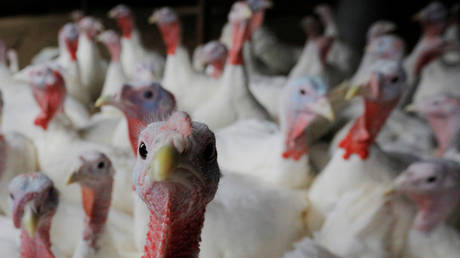 Greece reveals age groups to b...

Politician runs for president to ‘save’ France from ‘tragic fate’

Greece reveals age groups to be fined monthly if unvaccinated

When does Spotify Wrapped 2021 come out?