A US airstrike targeted a Syrian Army checkpoint in the country’s northeast, killing one soldier and wounding two others, according to SANA.

The soldiers were targeted by a warplane after they prevented an American military patrol from passing through the area, the outlet reported. The incident occurred southeast of Qamishli, a city near the Syria-Turkey border.

The wounded soldiers were transported to a nearby hospital for treatment, SANA reported.

Syrian newspaper Al-Watan reported that one of the wounded soldiers was an officer.

US military patrols around Qamishli have led to confrontations in the past. In February, SANA reported that one man was killed after a crowd tried to prevent a US convoy from passing through a checkpoint east of the city. 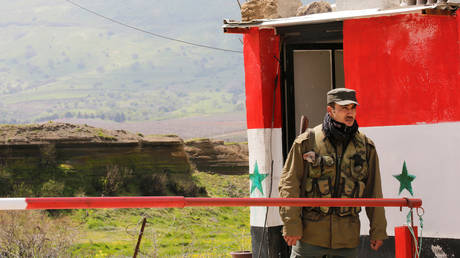 UAE says deal with Israel is not d...