YOUR Sky Q is about to get a total makeover – with a slick new look and fresh features.

A major update is rolling this week, making it easier to find TV episodes, letting you watch live sport with pals, and improving the quality of Disney+.

Sky Q is getting a major makeover[/caption]

It’s one of the biggest changes to Sky Q since the TV service launched.

And it means it’ll be easier to find the telly you’re looking for – and will even help you stay in touch with your mates.

The first change is a new “expanded view” UI that ditches the static menu bar on the left.

There’s now a dynamic collapsible menu that gives you about a third of the screen back.

The app is being redesigned to look very different[/caption]

It means you’ll be able to see more stuff on your screen at once, which hopefully means less time spent scrolling.

Every single show on Sky Q now has a “show centre” that contains all available episodes.

So you can see all seasons, episodes, recordings, broadcast schedules and on-demand links.

Previously, this was all scattered – but you’ll now be able to find it in one place.

And there’s a new smart button that quickly gets you to the right episode: either one you’re partly through, or the next episode along.

Many of the biggest changes are for Sky’s sports content.

Sky Sports is a major focus of the update[/caption]

There are now Sports Centres where you can find all the latest games, news, documentaries, fixtures podcasts and tables for specific sports.

For instance, saying “football” to the voice remote brings you directly to the Football Centre.

There are other Sports Centres, including F1, Cricket, Golf, Boxing and Tennis.

You can watch sports games with pals using an app, so you can see and hear each other while watching the match.

And you can even vote on the crowd cheers you want to hear during live games – while crowds remain absent from stadiums.

That means you can more easily find content by talking into your remote.

A demo seen by The Sun saw a successful voice search for “comedies with Bruce Willis” – but other actors and genres will also work.

You can also ask for things like “new shows”, “Halloween”, and “Christmas” very soon.

That means you’ll see better contrast and colours from TV shows and movies in the app.

This only works if you’ve got a HDR telly – but many modern TVs support this now.

In other news, your Sky box now has a gaming app.

You can listen to Spotify on Sky Q.

And Sky Q has a Roku Channel app that gets you loads of free telly. 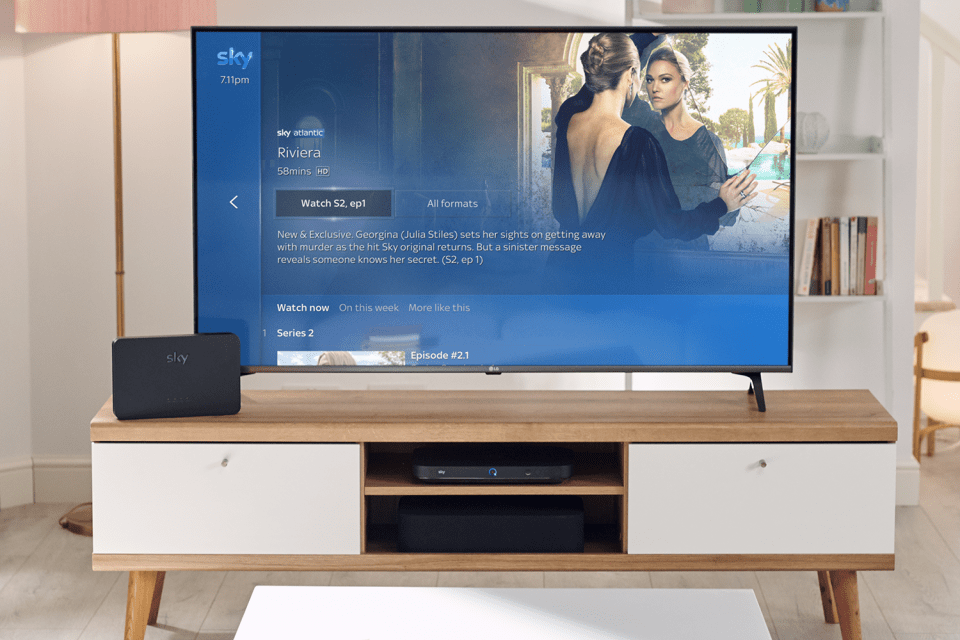 What is the national minimum wage...