YOU might not be able to upgrade to Windows 11 – even if you’ve got a “decent and recent” PC.

The free update will begin rolling out later this year, but not all PCs will be able to install it.

Microsoft says the staggered launch kicks off on October 5.

And all eligible devices will be able to upgrade by the middle of 2022.

Windows 10 is already running on billions of machines globally, despite being just a few years old.

But this means computers will need to be slightly more powerful to run it.

Probably the easiest way to check if your computer can run Windows 11 is to download Microsoft’s own app.

Most read in TecH

GONE IN AN INSTA

It’ll check for you – grab it here:

If you already know what sort of hardware your computer has, you can check against the official list manually.

Microsoft says that at a minimum, you’ll need:

Processor: 1GHz or faster with two or more cores (64bit)

Graphics Card: Compatible with DirectX 12 or later with WDDM 2.0 driver

The processor is the bit that might catch you out – as it needs to be up to scratch.

You’ll be looking at a 64-bit CPU running at 1GHz or faster.

And you’ll need an 8th-gen or newer Intel chip, an AMD Ryzen 3 or better, or a Qualcomm Snapdragon 7c or better.

There is an exception for a select few top-tier 7th-gen Intel CPUs.

You’ll also need an internet connection and a Microsoft account to set up a Windows 10 Home Edition for the first time.

Microsoft has also warned that any laptops built and sold from 2023 onwards will need to have a webcam to run Windows 11.

But maybe you have a computer already, and you just want to upgrade it?

The good news is that Windows 11 will be totally free as an upgrade from Windows 10.

If you’re running an older operating system, you can upgrade to Windows 10 and then Windows 11 if you prefer.

You can also join up with Microsoft’s Windows Insider program to try early versions of Windows 11 before general release.

If you don’t meet the requirements, you’ll need to buy a new PC – or just settle for Windows 10. 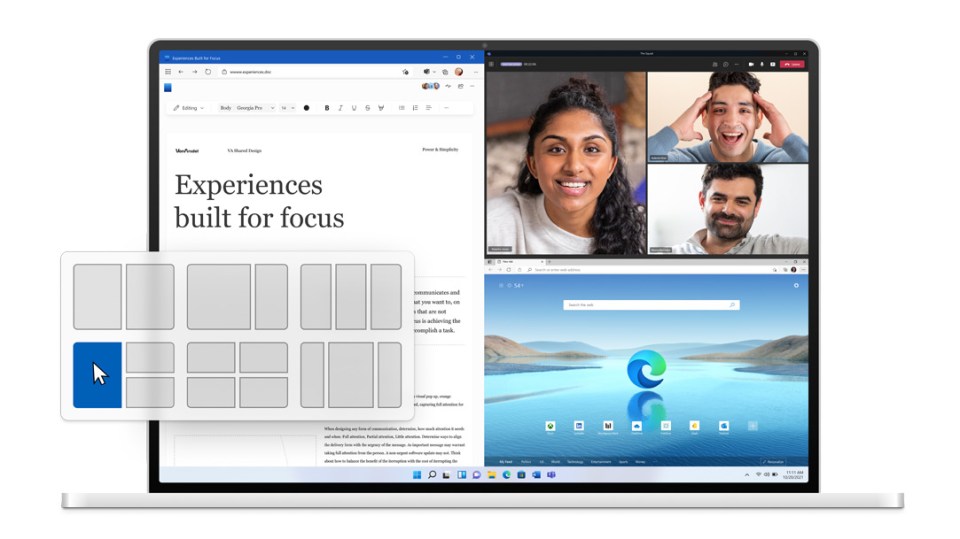 Is this world’s most remote Bu...