APPLE is working on a new iPhone feature that alerts users if their passwords have been exposed online.

The addition to iCloud Keychain, Apple’s password management tool, is coming to iPhones and iPads later this year in a free software update.

Once the upgrade has been released, Keychain will highlight passwords you’ve stored that may put your online accounts at risk.

That includes credentials that are easy to guess or have been leaked online by a major data breach.

The new password checker, which is part of Apple’s iOS 14 software update, was reported over the weekend by 9to5mac.

Though it isn’t due out until September, Apple has released an early version of iOS 14 to app developers, revealing all the features coming to iPhone.

According to 9to5mac, which has access to one of these “beta” updates, the password checker is found in a new “Security Recommendations” menu.

That menu is located in Keychain, an older Apple tool that stores and syncs all your passwords from different websites and apps through iCloud.

By heading to Settings app and then the Passwords menu, you can view all of the passwords stored in Keychain.

It’s hoped that by warning users of an insecure password, Apple can encourage them to switch to something a little harder to guess.

With iOS 14, Keychain will also notify you if your passwords have been compromised by a data breach.

Data breaches occur when hackers break into the database of a major website and snoop on all of its users’ usernames and passwords.

Leaked data is often posted online and, if you’re exposed and use the same username and password on other websites, can be used by cyber crooks to break into your other online accounts.

Keychain will soon alert you if your password is vulnerable with the message: “This password has been exposed in a data breach, which puts this account at high risk of compromise.

Apple has a similar system in place to protect users of its MacOS computer software.

“Safari securely monitors your saved passwords, automatically keeping an eye out for passwords that may have been involved in a data breach,” according to the company.

“To do this, Safari uses strong cryptographic techniques to regularly check derivations of your passwords against a list of breached passwords in a secure and private way that doesn’t reveal your password information — even to Apple.

“If Safari discovers a breach, it can help you upgrade to Sign in with Apple when available, or automatically generate a new secure password.”

But there’s an early version of iOS 14 that you can get your hand on.

However, remember that early beta versions are usually very buggy – and so you shouldn’t install it on your only device.

If something goes wrong, you could lose data with potentially no way of retrieving it.

And using the device might be a horrible experience until any and all bugs are squashed.

It’s important to back up your iPhone before installing a beta version of iOS, as a safeguard if anything goes wrong.

For regular users, anyone without technical know-how or multiple device, it’s probably worth waiting for the July public beta – or even the general release in September.

In other news, Google, Reddit, LinkedIn and TikTok have been caught spying on your iPhone.

Have you ever been caught up in a major data breach? Let us know in the comments… 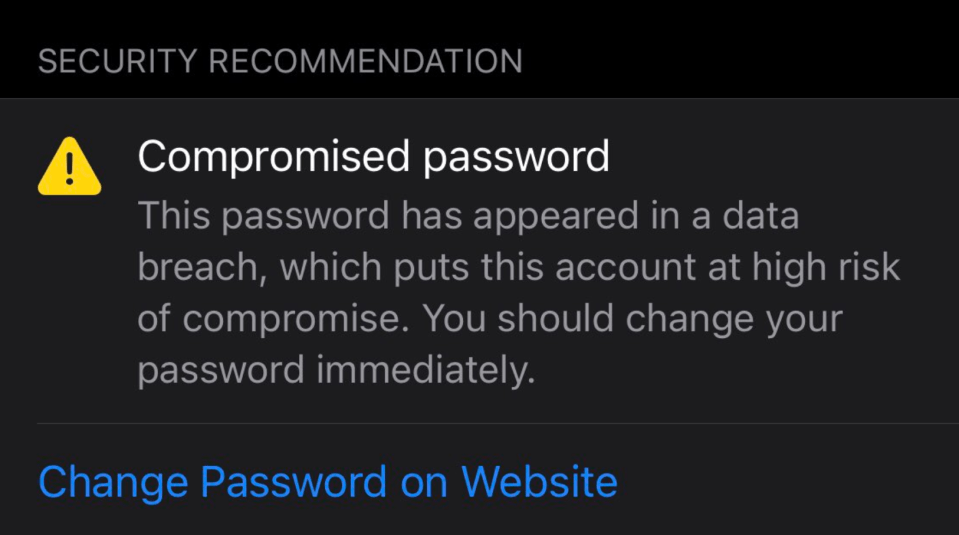