JUPITER and Saturn will be in conjunction with the Moon this week, meaning you’ll be able to see them all close together.

Stargazers will need to look towards the evening sky tomorrow if they want to see Jupiter and the almost full Moon shining side by side.

This image shows a previous occasion on which Saturn and Jupiter appeared close together, this week they’ll be more to the right-hand-side[/caption]

Jupiter’s close approach to the Moon will happen on August 28 at 21:35 EDT.

Weather permitting, you should be able to see Jupiter to the slight upper right of the Moon and Saturn shining slightly higher up and further to the right.

Try looking beneath the Sagittarius constellation.

On the evening of August 29 it will be Saturn’s turn to be in conjunction with the Moon.

There are many stargazing apps that you can download which will point you in the right direction of constellations and planets in the sky.

Both Jupiter and Saturn should just look like bright stars with the naked eye.

If you do use a smartphone app to locate them, remember to give your eyes a break from your phone for a better stargazing experience.

You see more in very dark locations when your eyes have adjusted to the night.

Those will good telescopes can try and see Saturn’s rings.

In other space news, a mysterious radio signal beamed to Earth from a distant galaxy has been detected again by astronomers.

Astronomers have spotted the Moon flashing at us “over and over”.

And, life on Earth was almost wiped out when a distant star exploded nearly 360millions years ago, according to a new study. 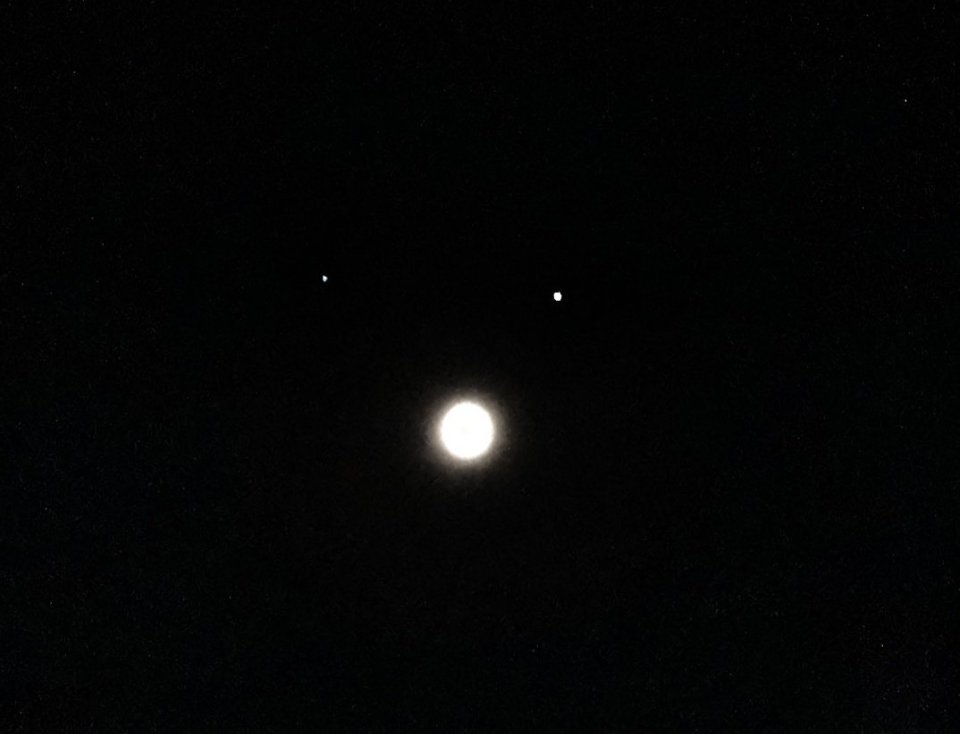