EVER since Microsoft launched its consoles last year, it’s been a nightmare to get hold of.

But there have been waves of Xbox Series X and Xbox Series S restocks at retailers like GAME, Walmart, and Amazon.

The console restocks are limited and sell out fast, so I recommend setting alerts on stock tracking accounts.

You can also bookmark this page so you have a list of links to retailers at hand for your frenzied shopping convenience.

You can also try your luck with the PlayStation 5 with our PS5 stock tracker.

Where to buy Xbox Series X|S in the UK

There are a number of retailers we can always rely on to keep getting Xbox Series X|S inventory.

GAME gives customers a little bit of a heads up while Amazon likes the element of surprise.

GAME has stock of the Xbox Series X right now, along with the PS5.

Very’s website says that it has more Xbox Series X consoles coming soon, so we’ll keep an eye out.

So there should be opportunities galore to get your hands on one.

We’ll keep the list of retailers updated with confirmed restocks, as well as tipping you off with rumoured inventory drops.

Where to buy Xbox Series X|S in the US

US gamers have seen a bit more variety with Xbox Series X restocks in recent weeks.

A couple of retailers are opting for in-store restocks, like Best Buy.

Walmart also has Xbox Series X bundles and standalone consoles in stock, but it’s hiked up the price significantly.

Best Buy’s pricey Totaltech gives ‘exclusive access’ to ‘hard-to-find tech products’. But beware of using it to get a PS5 or Xbox Series X|S and trying to cancel and refund the membership.

You can check the retailer links below, which we’ll keep up dated with confirmed restocks.

In other news, here’s how to buy an Xbox Series X straight from Microsoft’s online store.

And if you can’t find a new console, there’s always then Xbox Series X Mini Fridge. 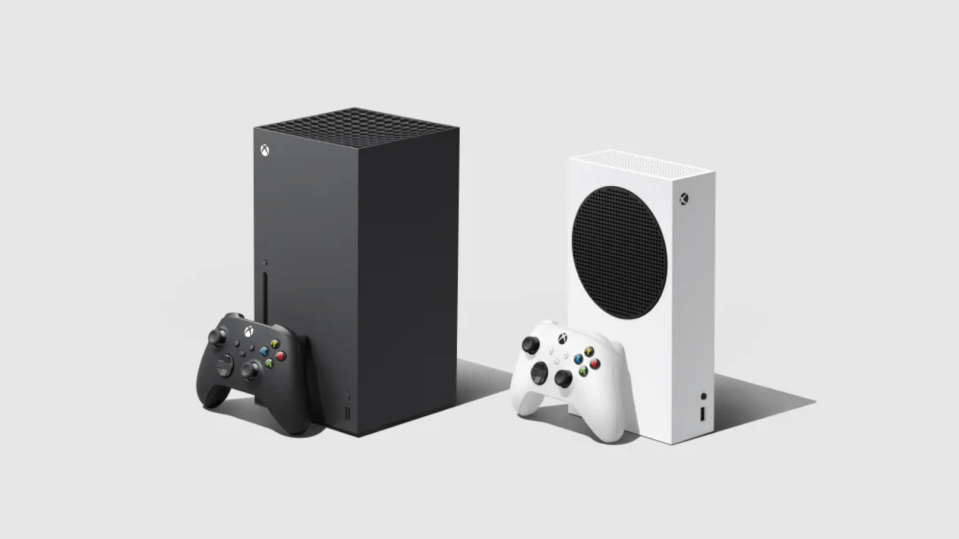 The age you should give your kids...