XBOX Games with Gold is getting a brand new selection of free games for September 2020.

This month, you can bag action RPG Tom Clancy’s The Division and comedy adventure The Book of Unwritten Tales 2 – plus two other freebies.

What is Xbox Games with Gold?

Games With Gold is Microsoft’s answer to the free games you get with Sony’s PlayStation Plus.

Then, each month you receive four free games, two on the latest console and two for the previous generation.

There are four free games on offer this month, worth a total of $79.96.

And you can bag 3,000 Gamerscore with these titles too.

The first freebie is Tom Clancy’s The Division, probably the best-known of the line-up.

You’re a Government agent tasked with investigating the outbreak, tackling criminal activity and helping to restore order to Manhattan.

Next up for your Xbox One is The Book of Unwritten Tales 2.

This whimsical point-and-click adventure was released in 2015, and received largely positive reviews.

It follows four protagonists on an adventure, including a human, a gnome mage, an elven princess and a furry ‘Critter’ creature.

For the Xbox 360 (and with Xbox One backwards compatibility), you’ve got De Blob 2.

It’s a colourful platform puzzler that came out in 2011.

And the final Xbox 360 freebie is Armed and Dangerous.

It’s a 2003 action-adventure shooter that parodies lots of popular games and movies, and was largely well-received at launch.

In other news, you check check your Xbox addiction over the past 10 years with the new ‘My Decade on Xbox’ tool.

Don’t miss this cracking deal on the Xbox Game Pass. 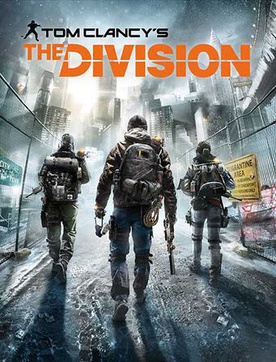