AN EERIE online map reveals the locations of mysterious UFO sightings near where you live.

The digital map was uploaded to GoogleMyMaps, which lets users put together custom maps and share them on the web.

Crafted by an anonymous conspiracy nut, it shows dozens of UFO reports in regions from Kazakhstan to Australia.

Clicking on a location brings up more information about it, such as the date and nature of the reported sighting.

The tool includes UK and US UFO “sightings”, such as a 1974 incident involving hikers in Llandrillo, Wales.

Reported sightings above the US are also shown[/caption] 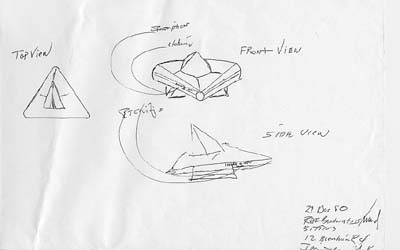 The Rendlesham Forest incident took place in December 1980 over a series of at least two nights.

On December 26, 1980, military personnel at the twin bases of RAF Bentwaters and RAF Woodbridge in Suffolk saw a strange light in Rendlesham Forest, which lies between the two bases.

Three men were sent out to investigate where two of them encountered a small, triangularshaped craft.

One man, Jim Penniston, got close enough to touch the side of the object.

He and another of the airmen present, John Burroughs, made sketches of the craft for witness statements.

He said later: “Here I am, a senior official who routinely denies this sort of thing and diligently works to debunk them, and I’m involved in the middle of something I can’t explain.”
Despite an MOD investigation the Rendlesham Forest incident remains unexplained.

Described as a bang and a flash of white light, the incident, dubbed the “Welsh Roswell”, was dismissed as an earthquake and a meteor combining.

The map also describes a 1995 UFO sighting above Nevada.

“In October 1995 a man witnessed what looked like a giant fireball in the night sky,” the map says.

“He reported that it was mostly red in colour with a greenish centre. The object reportedly gave off a sort of energy that the witness felt.”

Thousands of alleged UFO sightings have been reported since the mid-20th century, though none are backed by irrefutable proof[/caption]

Thousands of alleged UFO sightings have been reported since the mid-20th century, though none are backed by irrefutable proof.

And while scientists have widely denounced the observations as nonsense, reports continue to pour in.

A second sightings map, crafted by US conspiracy group The Crypto Crew, marks Bigfoot, UFO and other “odd sightings”.

“The Pins marking the locations may not be spot on but are very close in most cases, but some are spot on,” the map’s description reads.

The map has dozens of alleged encounters to scan through, including famous sightings in California and New York State.

Fortunately, most scientists agree that nearly all alien “encounters” can be explained by mistaken identity.

Many sightings are simply the result of asteroids burning up in our atmosphere, leaving a bright streak across the sky, or the dull flashing glow of a distant satellite.

We’re much more likely to find alien life in the habitable zone of a distant planet than we are here on Earth.

In other news, the RAF’s “X-Files” of reported UFO sightings over Britain are to be released for the first time.

A researcher claimed earlier this year that the discovery of alien life was not only “inevitable” but also “imminent”.

And, here are the mysteries we need to solve in order to prove the existence of extraterrestrials. 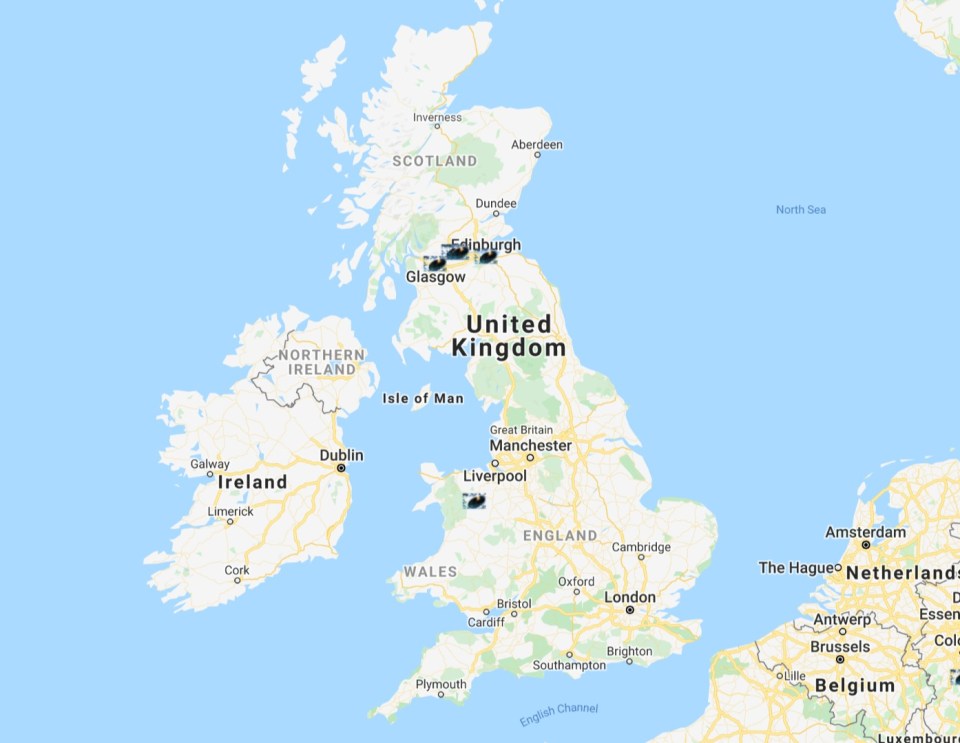