PREHISTORIC humans may have been responsible for the extinction of the Woolly Mammoth after all, according to research.

Simulations suggest that a combination of hunting by hungry humans and dramatic climate change killed off the mighty beasts 4,000 years ago.

Woolly mammoth would not have died out 4,000 years ago were it not for the presence of humans, according to research[/caption]

Previously, scientists have suggested that extreme weather or genetic disease may have driven the demise of the species.

According to new research from experts in Australia, mammoths would not have died out when they did if it were not for humans.

“In the absence of humans, we would expect woolly mammoths would have persisted for an extra 4,000 years in some areas,” Dr Damien Fordham at the University of Adelaide in South Australia told New Scientist.

The models also suggested that mammoths survived longer in several locations across Eurasia than was previously believed.

“People should be sending out expeditions to find fossil material,” Dr Fordham said.

Growing 11ft tall and weighing up to six metric tons, its closest living relative today is the Asian elephant.

Mammoths roamed across North America and Siberia but largely disappeared from the mainland around 10,000 years ago.

Isolated populations survived on Arctic islands until as recently as 4,000 years ago.

The key factor behind the mammoth’s extinction remains a hot topic among scientists.

Many believe that hunting dealt the killer blow, though this is disputed. Others suggest that a warming climate stripped the species of its habitat.

“You will find some people who adamantly argue that it’s only climate or only humans,” Dr Fordham told New Scientist.

His team’s research suggests a combination of the two was ultimately responsible, with humans knocking over the final domino.

Their models simulated the Woolly Mammoths population history from 22,000 years ago to their extinction.

They included the impact of global warming pushing the mammoths’ habitat northward, as well as humans migrating across Eurasia.

Ultimately, humans “hastened climate-driven declines” by up to 4,000 years, according to a research paper on the findings published last week.

That means that, were it not for humans, it’s possible the Woolly Mammoth would still be alive today.

“We’ve been able to show that humans had a much longer role on that extinction pathway,” Dr Fordham said.

The results were published in the pre-print server BioArxiv. They have not yet been independently peer reviewed by researchers.

In other news, lost Bronze Age graves have been discovered near the site of Stonehenge after 4,000 years.

The mystery over who built Stonehenge may finally have been solved after experts uncovered “Britain’s first city” a mile away.

And, the face of a 1,000-year-old Viking warrior woman with a gruesome battle wound across her skull has been revealed.

What do you make of the mammoth discovery? Let us know in the comments! 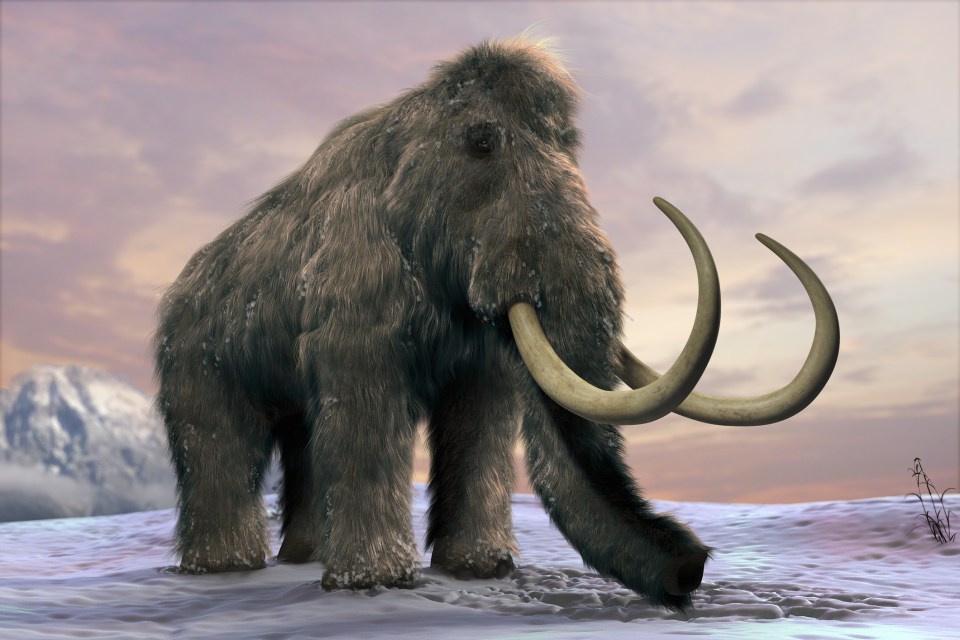