Close
Trending News
HomeTechWild Bison are coming back to Britain after vanishing 6,000 years ago – and 1,000 kilo beasts will roam Kent woodlands

Wild Bison are coming back to Britain after vanishing 6,000 years ago – and 1,000 kilo beasts will roam Kent woodlands

Wild Bison are coming back to Britain after vanishing 6,000 years ago – and 1,000 kilo beasts will roam Kent woodlands

BISON are returning to the UK 6,000 years after prehistoric Brits hunted them to extinction.

A project at Blean Woods in Kent will see the 1,000-kilo beasts reintroduced to a cordoned-off area of quiet woodland by spring 2022.

Bison are to be reintroduced in the UK for the first time in 6,000 years[/caption]

Scientists hope the enormous animals, which they say pose no threat to people, will restore the area’s ancient habitat and its wildlife.

The move is part of a £1 million project led by Kent Wildlife Trust and the Wildwood Trust to help manage Blean Woods near Canterbury.

Paul Hadaway, director of Conservation at Kent Wildlife Trust said: “The Wilder Blean project will prove that a wilder, nature-based solution is the right one to tackling the climate and nature crisis we now face.

“Using missing keystone species like bison to restore natural processes to habitats is the key to creating bio-abundance in our landscape.”

The project will use European bison, the continent’s largest land mammal[/caption]

A closely-knit herd of four European bison will be introduced into a fenced enclosure away from public footpaths.

European bison, the continent’s largest land mammal, are the closest living relative to ancient steppe bison that would have once roamed Britain and naturally managed the habitat, conservationists said.

Steppe bison are thought to have grazed the plains of Britain 6,000 years ago, though their ancient bones have never been found under our soil.

Remains have turned up, however, in a region of the North Sea known as Dogger Land, which once formed a land bridge between the UK and Europe. 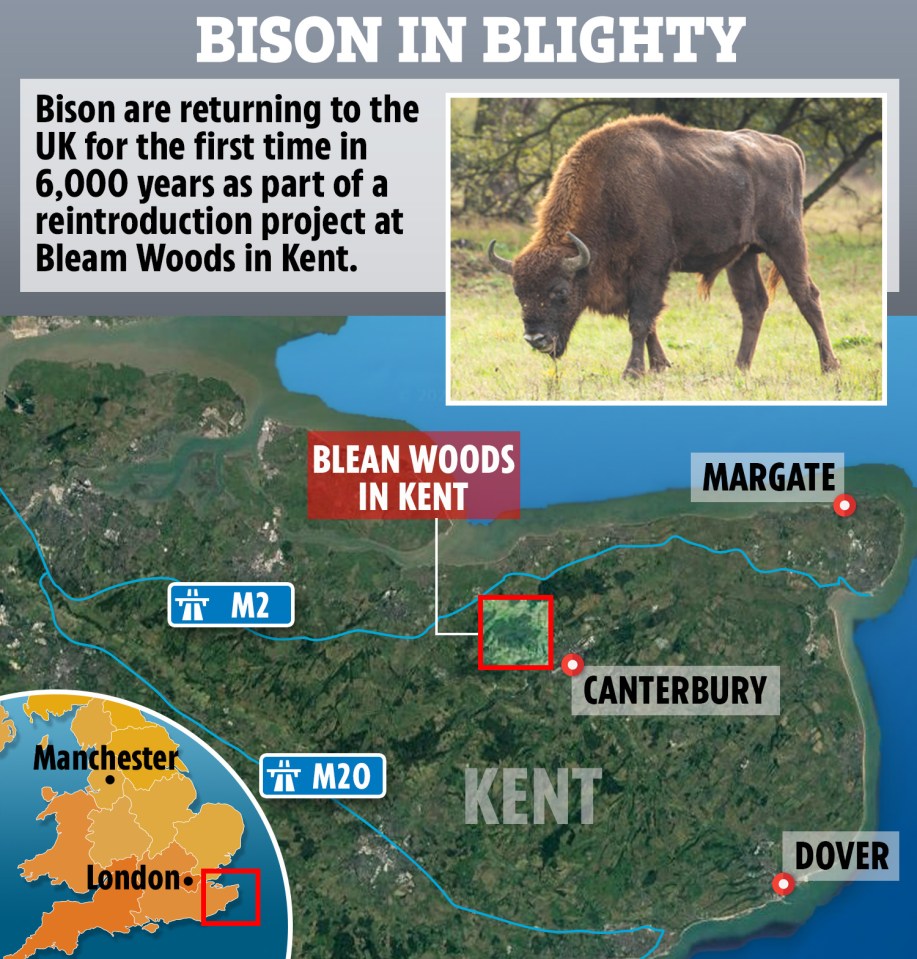 It’s thought they disappeared due to a warming climate, loss of habitat and poaching by ancient humans.

The Blean woods scheme will mark the first time bison have been introduced to a nature reserve to help wildlife in the UK.

As part of the reintroduction scheme, bison will be within a wider 1,200 acre area which will also use other grazing animals such as Konik ponies to create varied and healthy habitat.

Despite their size, with adult males weighing up to a tonne, bison are peaceful, according to the experts.

No other species can perform the job of engineering the habitat in quite the same way.

They fell trees by rubbing up against them and eat bark, creating areas of space and light in the woods and providing deadwood which will help other plants and animals.

Bark stripping performed by the beasts would create standing deadwood that benefits fungi and insects such as stag beetles.

European bison, the continent’s largest land mammal, are the closest living relative to ancient steppe bison that would have once roamed Britain[/caption]

And more light to the woodland floor helps plants such as cow wheat, which the heath fritillary – a rare butterfly found in Blean – depends on.

Bison releases have been successful in other countries to help boost wildlife and give people a wilder experience in the countryside, conservationists said.

The project is funded by £1,125,000 from the People’s Postcode Lottery Dream Fund, created to give charities and good causes the opportunity to deliver their dream project over a two-year period.

Kent Wildlife Trust, which owns several woods in the Blean area, one of the largest areas of surviving ancient woodland in England, will be responsible for the overall management of the project.

Wildwood Trust, a native species conservation charity, will be looking after the animals and ensuring their welfare.

The scheme will involve extensive consultation and engagement with the local community and monitoring of the bison.

Paul Whitfield, director general of Wildwood Trust said: “The partners in this project have long dreamt of restoring the true wild woodlands that have been missing from England for too long.

“This will allow people to experience nature in a way they haven’t before, connecting them back to the natural world around them in a deeper and more meaningful way.”

In other news, huge 600-kilo brown bears could be brought back to British forests after going extinct in the Middle Ages.

New evidence suggests that our ancient cousins the Neanderthals ate dolphins and sharks thousands of years ago.

And, most of West Antarctica and large areas of East Antarctica were once covered in rainforest, according to scientists.

What do you think of the Bison project? Let us know in the comments! 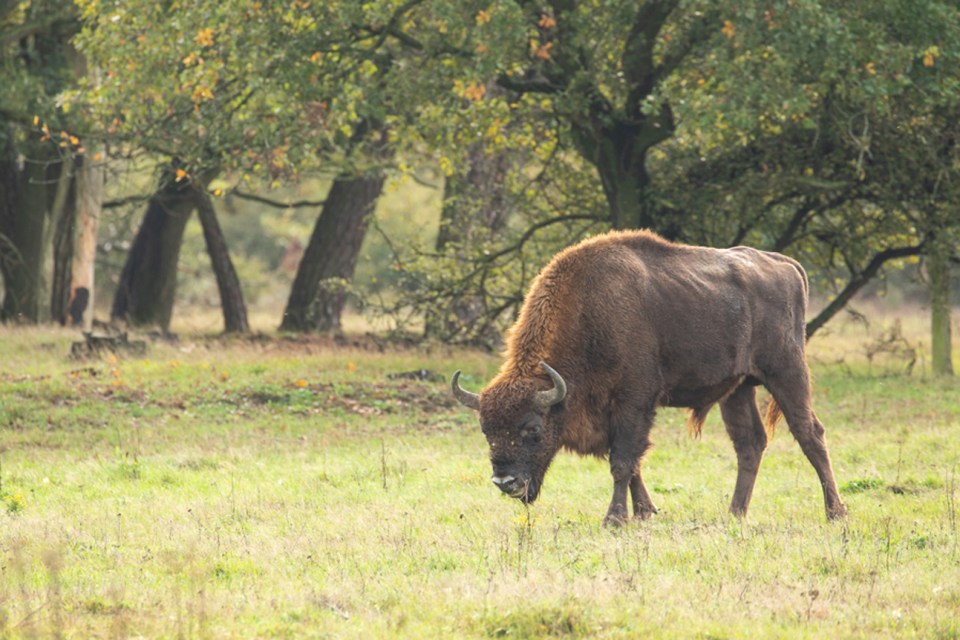