IF you’ve been on any form of social media recently you may have spotted the viral “milk crate challenge”.

The challenge involves people trying to walk over stacks of milk crates and TikTok has decided to ban it.

With COVID-19 hospitalizations rising around the country, please check with your local hospital to see if they have a bed available for you, before attempting the #milkcratechallenge.

The challenge sees people attempt to walk up a tower of milk crates and back down again.

It is dangerous and has led to videos of people falling into some painful positions.

According to CNN, TikTok explained: “TikTok prohibits content that promotes or glorifies dangerous acts, and we remove videos and redirect searches to our Community Guidelines to discourage such content.

“We encourage everyone to exercise caution in their behavior whether online or off.”

Hashtags associated with the milk crate challenge will no longer take you to videos of it.

Any videos found to be violating the new ban will be removed from the platform.

The move comes as medical experts have been warning people not to take part in the challenge.

In the US, Baltimore’s Health Department tweeted a video of someone attempting the challenge, and said: “With COVID-19 hospitalizations rising around the country, please check with your local hospital to see if they have a bed available for you, before attempting the #milkcratechallenge. “ 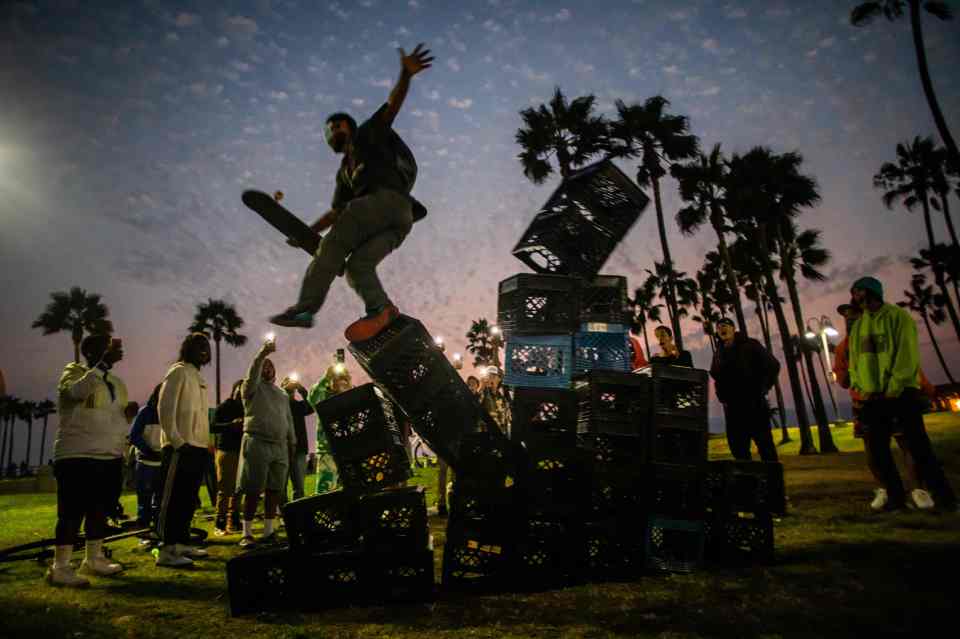