ASSASSIN’S CREED VALHALLA is the latest instalment as the historical action game moves to a fictional Vikings’ invasion of Britain.

Over the years and many games, the open-world adventure franchise has taken in the Italian renaissance, 19th Century England, Ancient Greece and Egypt among others.

Assassin Creed’s Valhalla is the 12th main release from the franchise and takes place in 873 AD – and is available across a range of platforms including next-gen consoles PS5 and Xbox Series X.

The story focusses on Viking raider Eivor as he gets drawn into the ongoing battle between the Brotherhood of Assassins and the Templar Order.

In the game, Eivor meets a warrior named Soma in a town called Granterbridge.

The pair must help to win it back, but encounter a traitor – where players must choose between Birna, Lif and Galinn.

If you wish to find out who it is on your own, you must gain intel from the villagers, which will lead you to a clue in Meldeburne.

Here, you can find a note from the traitor in a chapel in the area, telling Eivor and Soma’s enemies which ship to not target – it’s been painted yellow.

You will also be able to ask the suspects questions, and then you can follow the trail of yellow paint to find the longship and its owner.

Now, if you don’t want to bother with that and get straight to the accusing, the traitor is Galinn.

What rewards do you get for choosing right traitor?

Choosing the correct traitor is not for nothing, as Birna – who is in love with Soma – joins your crew and becomes available for raids.

This becomes particularly vital as you progress through the game.

You will also get a new shield from Soma.

What locations are on the Valhalla map?

Eivor stops at a number of towns and villages as he mkes his way through the British Isles.

Among the counties on the map are:

There are also a number of cities included that are still standing today, with Eivor able to travel to Winchester, London and York.

There are also areas of Norway that can be discovered through out the game.

And like in previous Assassin’s Creed games, there is a modern day protagonist, with Layla Hassan returning after appearances in Origins and Odyssey. 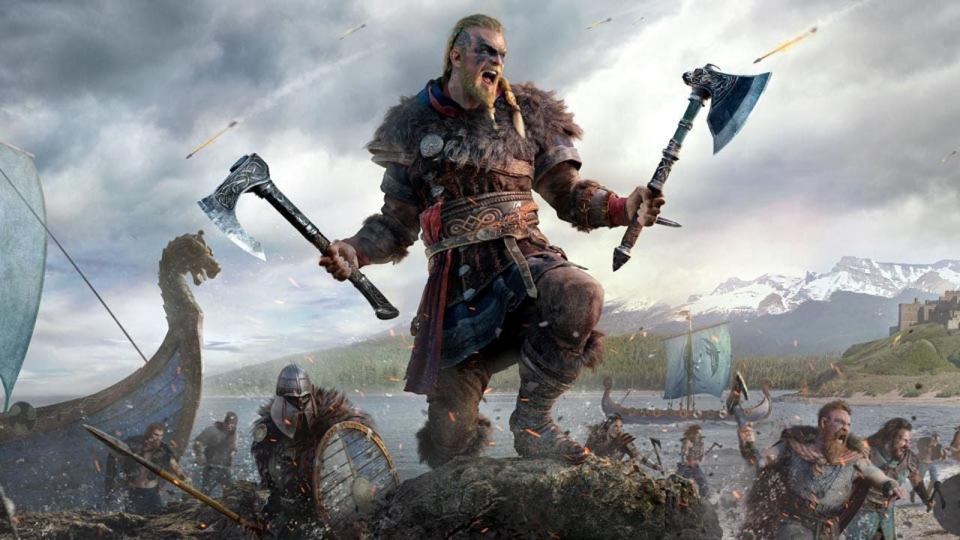