A MAN has gone viral on TikTok after warning users of the less-than-appetising source of vanilla flavouring.

The additive in ice cream or coffee can take the form of a sticky brown goo known as castoreum, which is milked from the bum of a beaver.

TikTok user @Sloowmoee sent the internet wild after he started a viral trend earlier this month.

In a 15-second video posted to his 6.1million followers, the TikTok creator asked people to film their reactions before and after googling “where does vanilla flavouring come from?”

He then takes a sip of vanilla latte before googling the question, looking horrified and screeching: “No more vanilla!”

Sloowmoee’s video has been viewed more than half a million times.

In response to his post, other TikTok users have uploaded videos of their reaction to finding out the apparent origin of the flavouring.

Where does vanilla flavouring comes from?

Beaver bums produce castoreum, a brown goo than can be safely used as vanilla flavouring in the United States[/caption]

So, where does vanilla flavouring come from?

If you google the question, you’ll see a 2013 National Geographic article explaining the origins of castoreum, a natural vanilla flavouring.

Castoreum is brown, sticky goo secreted by beavers from glands between the pelvis and base of the tail.

It’s used by the woodland creatures to mark their territory – and smells a lot like vanilla due to their diet of bark and leaves.

Food chemists can “milk” the substance from anaesthetised beavers and use it as a flavouring or scent in luxury foods and perfumes.

It’s even regarded as “generally safe for consumption” by the US Food and Drug Administration.

However, it’s almost never used in food today except in special (and expensive) circumstances.

Have I eaten beaver goo?

While castoreum can be used in food and drinks products, it’s extremely rare due to the cost and time associated with the milking of it.

It’s safe to assume that every ice cream or vanilla latte you’ve consumed contains ingredients that have been nowhere near the bum of a beaver.

That’s because the overwhelming majority of food and drinks products use artificial flavourings to get that sweet vanilla taste.

The few products that do contain castoreum are generally produced by luxury brands – nothing you can get from your local supermarket.

Eau De Musc (“Water of Musk”), for instance, was a limited-edition beaver castoreum whiskey released in 2018 by US booze-maker Tamworth Distilling.

Chanel Antaeus is a fragrance from – you guessed it – Chanel that contains castoreum. That’ll set you back a measly $114 / £78 a bottle.

What do you think of the TikTok video? Let us know in the comments! 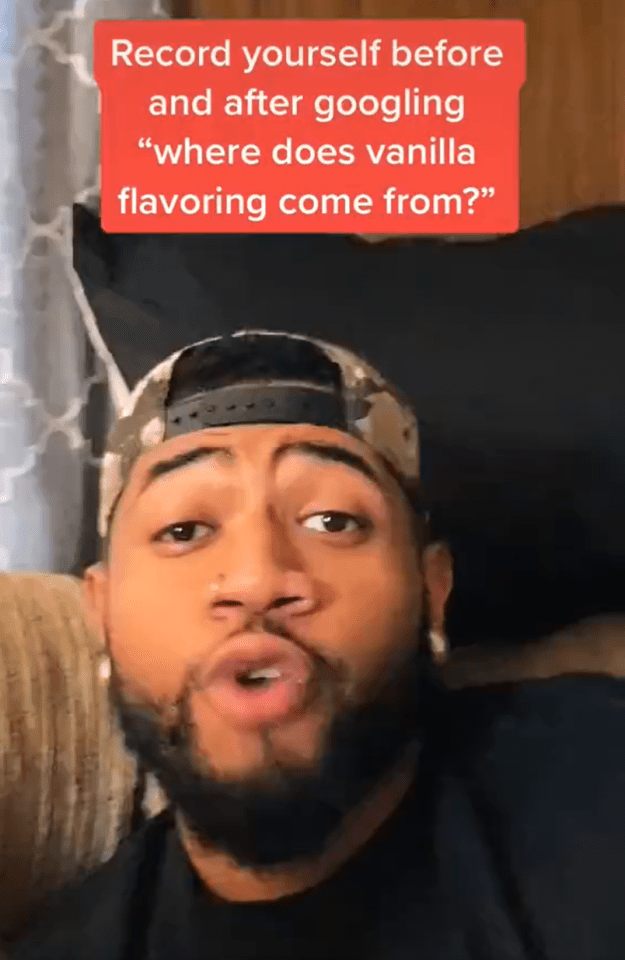