Close
Trending News
HomeTechWhen is the next solar eclipse in the UK?

When is the next solar eclipse in the UK?

When is the next solar eclipse in the UK?

THE ‘ring of fire’ solar eclipse is almost upon us and occurs when the moon passes between Earth and the sun.

But only a few people around the world will witness this rare moment. Could you be one of the lucky ones?

When is the next solar eclipse?

The annular solar eclipse will see the Sun, Moon and Earth align on Sunday, June 21.

It will create a spectacular effect for sky gazers to witness across the globe.

Where will you be able to see it in the UK?

Sadly, the phenomenon will only be visible for people in the southern hemisphere, not in more northerly latitudes like the UK.

However, it will create a spectacular effect across the globe.

The Moon is at the furthest stage of its orbit around the Earth, known as its apogee. This means it appears slightly smaller in the sky.

What is a solar eclipse?

A solar eclipse takes place when the sun, moon and earth align together in a straight line.

The moon blocks the sun’s rays and gives people a chance to witness its fiery corona.

Astronomer Patrick McCarthy is the vice president of the GMT and told the BBC that anyone who witnesses a solar eclipse is completely “mesmerised” by it.

“Going into a total solar eclipse is a remarkable feeling,’” he said.

“The colours get bluer, the shadows change and everything on the ground looks washed out. It’s as if the world is becoming darker, almost monochromatic.”

Stargazers will also want to check out our guide for when to spot every lunar eclipse until 2030.

And read about the space mysteries Nasa still can’t explain.

Will you be tuning in to watch the solar eclipse? Let us know in the comments! 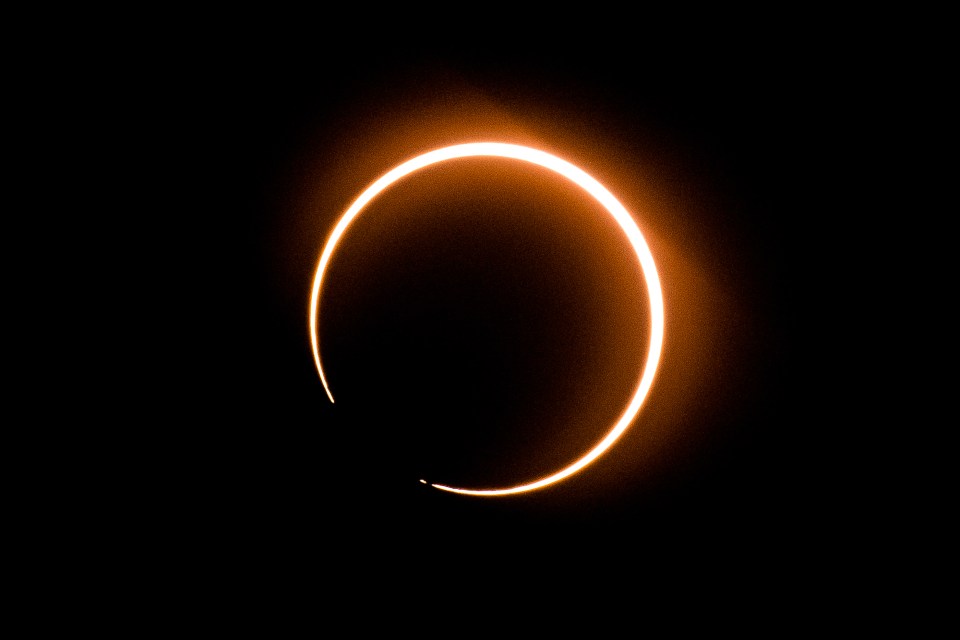 Your belly button is home to a ‘ju...

iPhone warning as these WiFi n...

What is a Super Moon and when...