Close
Trending News
HomeTechWhen is the next full Moon? All the 2021 dates – including Super Strawberry Moon

When is the next full Moon? All the 2021 dates – including Super Strawberry Moon

When is the next full Moon? All the 2021 dates – including Super Strawberry Moon

THE sky lights up at night when there is a full Moon.

We’ve put together a quick guide on everything you need to know about full Moons and when they are – including the Super Strawberry Moon.

What is a full Moon?

The Moon is little more than a rock orbiting Earth.

Importantly, it doesn’t produce any visible light of its own.

So when we see the Moon, it’s only thanks to light from other objects (like the Earth or Sun) hitting it, and then bouncing off down to our eyes.

The Moon, the Earth and the Sun are constantly changing positions, which means we see different parts of the Moon at any given time.

This image shows a full Harvest Moon captured in 2007[/caption]

When the Moon is between the Earth and the Sun, its rear side is lit up – leaving it in darkness for humanity.

And when the Moon is on the opposite side of the Earth to the Sun, it’s fully lit – giving us a full Moon.

There are various phases in between these two, with a total cycle of about 29.5 days.

When is the next full Moon?

The next full Moon is on Thursday, June 24.

A full Moon at this time of the year is known as a Strawberry Moon.

That’s the traditional name for the sixth full Moon of the year, and doesn’t mean anything in particular about its shape, size or colour.

However, it’s expected to be big and bright, and sport an orange-gold hue.

That’s because it’s a Super Moon, a lunar spectacle that occurs a handful of times a year.

Of these, there are two Supermoons, where the full Moon appears bigger and brighter than usual.

The two official Supermoons are on April 27 and May 26.

However, the full Moons in March and June are also classed as Supermoons by some – due to their immense apparent size in the sky. 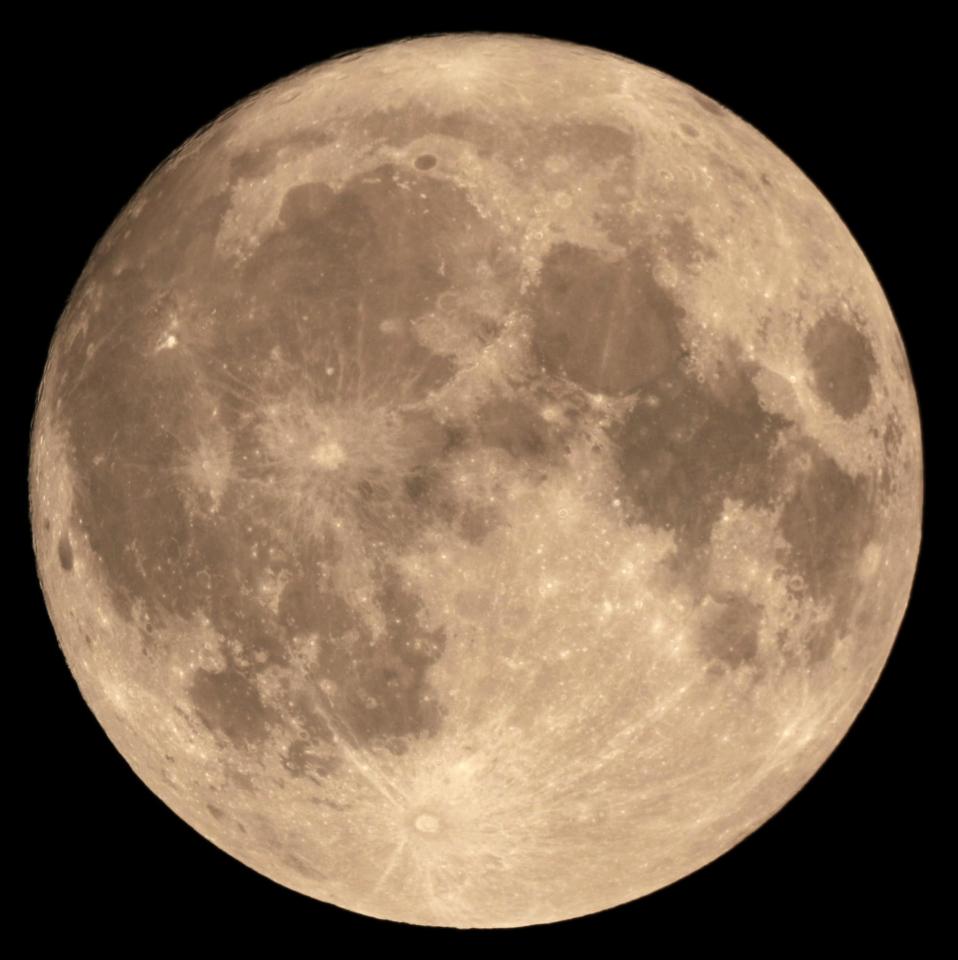