WHATSAPP has rolled out an update with loads of new features – including animated stickers.

The major update is available right now, and also adds Dark Mode for the web app.

WhatsApp has added animated stickers to the app[/caption]

Facebook-owned WhatsApp is one of the world’s most popular chat apps.

The headline new trick in WhatsApp’s latest update is an animated sticker library.

“Stickers are one of the fastest growing ways people communicate on WhatsApp,” insiders at the firm said.

According to WhatsApp, “billions” of stickers are sent every single day.

You’ll need to update your app to make sure you’re using the latest version of WhatsApp on iPhone or Android.

Then go into a chat and access the regular stickers panel to find animated stickers.

Now when you meet someone new, you can just scan their QR code to add them.

It means you won’t have to type in a phone number any more to get someone.

The desktop version of WhatsApp has finally got Dark Mode[/caption]

Dark Mode already exists on WhatsApp’s mobile app, but the darker theme now extends to the desktop app on computers too.

Group video calling is getting a tweak: you can now press and hold on a participant to see them in full screen.

And there’s now also a video icon on group chats of 8 or fewer people, so you can quickly start group video calls.

In other news, how to tell if you’ve been blocked on WhatsApp.

Find out some of the best WhatsApp tricks you can try today.

WhatsApp is about to start showing you ads, and people are threatening to delete their accounts.

And we recently revealed the new WhatsApp features coming to your phone in 2020. 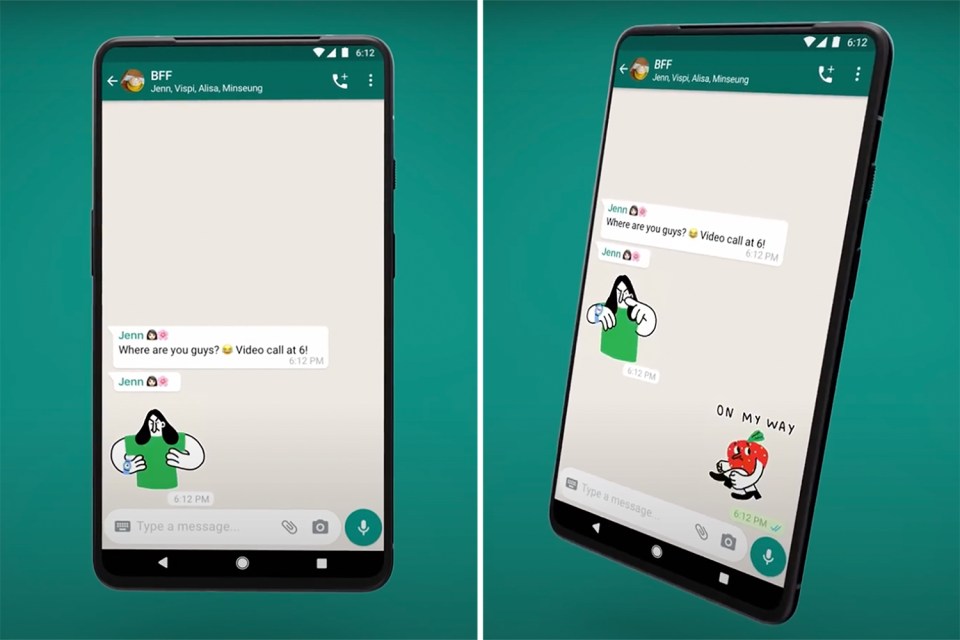