DONALD Trump is on his way out of the White House – or so it would seem – and that will have a major impact on his social media accounts, where he’s made a habit of spouting misinformation.

Some social media giants like Twitter have given the President special treatment since he took office, refusing to take down posts that breach its rules and would get other users banned.

That could all change when President-elect Joe Biden takes over in January, with Trump put under harsher scrutiny for his late-night tweet tirades.

What that might mean for the outgoing New Yorker – including a potential ban from the platforms which formed the backbone of his shock 2016 election win – was investigated by the New York Times this week.

Arguably Trump’s favourite platform, Twitter has said its treatment of the outgoing President will change when he leaves office.

Currently, posts to his 90million followers are labelled with a warning if they’re deemed to breach Twitter’s guidelines.

Trump’s widely disputed claims of election fraud are currently marked with a warning on Twitter, but they will earn him a ban once his Presidency ends[/caption]

Twitter then links the user to a source querying the accuracy of Trump’s false allegations.

The US site has also hidden baseless claims about Democrats trying to “steal” the election, and that the voting process was “rigged”.

Twitter has previously said it leaves tweets from elected officials that break its guidelines up if they’re deemed to be within the public interest.

“We may choose to leave up a tweet from an elected or government official that would otherwise be taken down,” the firm said.

“Instead we place it behind a notice providing context about the rule violation that allows people to click through to see the tweet.”

However, that’s poised to change following inauguration day in January.

“If an account suddenly is not a world leader anymore, that particular policy goes away,” Dorsey said.

That means he could have his account suspended – or even permanently removed – if he posts misinformation or incites violence through his tweets.

Speaking at Tuesday’s Senate Judiciary Committee’s virtual hearing – which questioned tech CEOs on whether they “censor” certain users – Zuck said Facebook will not change the way it moderates Trump’s posts.

Since Election Day, the platform has stuck warnings over a handful of posts from Trump’s official account.

False claims made Wednesday about alleged voter fraud in Michigan, for instance, are now flanked by a statement from Facebook: “Joe Biden is the projected winner of the 2020 US presidential election”.

Users who click on the link are taken to a page featuring information on the election, and how to accurately interpret the results.

However, Facebook has generally taken a hands-off approach throughout the election process.

However, a company spokesperson told the New York Times that it could begin fact-checking Trump once his presidency ends.

Trump also has a large following on Instagram[/caption]

Trump has a social media presence on most major platforms, including Instagram, Snapchat and Twitch.

Not all of them have outlined what they plan to do about Trump’s accounts wants his presidency draws to a close.

Neither Snapchat nor Twitch have disclosed their plans following inauguration day. 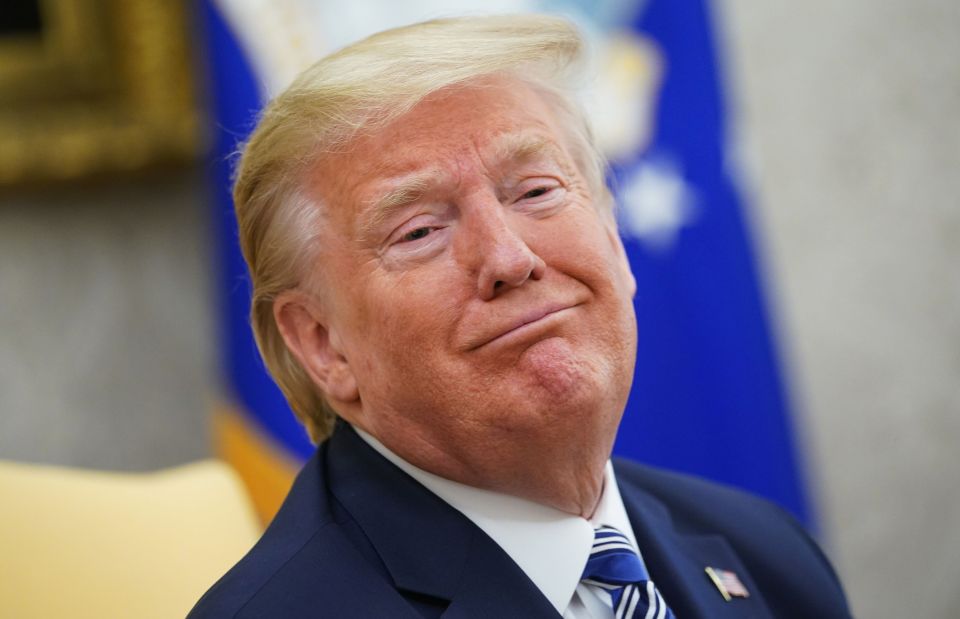