FACEBOOK has a Vanish Mode that lets you send self-deleting texts.

It’s built into the Messenger app – and will “unsend” texts based on a timer.

Once that timer expires, the text will disappear completely.

Vanish Mode is easy to activate, and can be used specifically for sensitive texts.

Tap the icon in the top-right corner that looks like a pen and paper.

Then choose the word Secret, and select a person you want to send a vanishing text to.

Type out your text and then choose a timer using the icon, which determines how long the recipient gets to view your message.

You can choose a minimum of five seconds, right up to an entire day.

The countdown will begin once the person opens the app and sees your message.

But be warned: self-deleting texts aren’t an entirely safe way to send messages.

First, the preview of the message could still be displayed in notifications until the Messenger or WhatsApp app is opened.

Secondly, if your message is quoted, the quoted text could still remain in the chat.

Third, if a self-destructing text is forwarded to a chat with disappearing messages turned off, it won’t be deleted.

Fourth, if a user creates a back-up before a message disappears, then that message will be included in the backup.

However, the message will be deleted if the user restores their WhatsApp from the backup.

A recipient can also go out of their way to capture your messages.

Someone could forward or take a screenshot of your disappearing message before it’s deleted.

They could also copy and save content from the message before it vanishes.

And it’s also possible to take a photo of a message using a camera before it disappears. 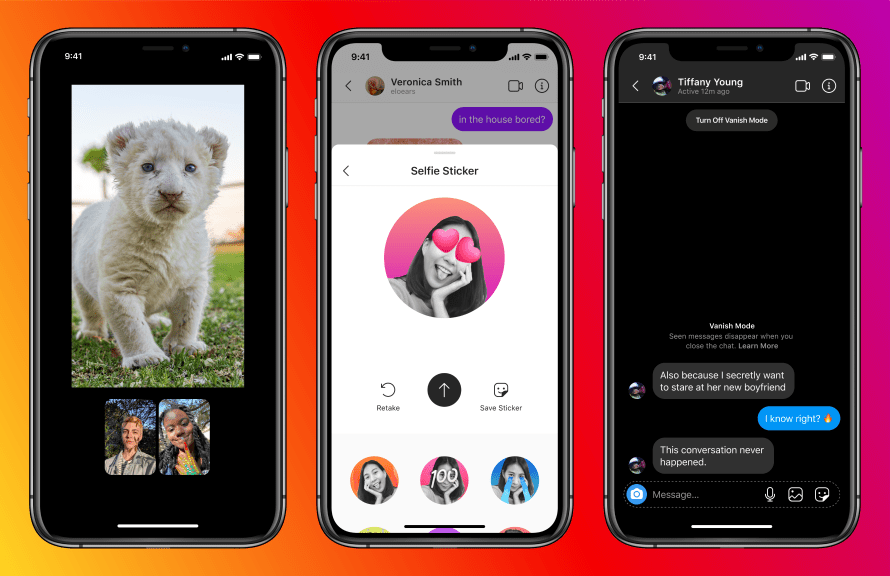