Close
Trending News
HomeTechWhat is a sex doll, are there sex robot brothels in Paris and Italy and how much do they cost?

What is a sex doll, are there sex robot brothels in Paris and Italy and how much do they cost?

What is a sex doll, are there sex robot brothels in Paris and Italy and how much do they cost?

ROBOT sex dolls are increasingly big business and manufacturers are claiming their products are so lifelike people are even marrying them.

The UK’s first sex doll brothel opened earlier this year – though in Italy one was shut down. Here’s everything you need to know about the growing phenomenon.

What are sex robots?

Sex robots are essentially realistic dolls that have sophisticated movements that closely mimic humans so that they can romp.

Sex bots are hyper-realistic with features such as built-in heaters to create the feeling of body warmth.

They also have sensors to react to your touch.

One company is even developing a head that can speak, smile and sing for its robot sex dolls, while sex doll Harmony is the first to offer an “emotional connection”.

Experts say these specialised robots will start to appear in ordinary homes in the next decade, as lonely humans look for love.

Who is Samantha the sex robot?

Samantha is one of the hyper-realistic dolls to be released into the growing market of lifelike sex dolls.

Makers claim she can be “seduced” as she comes complete with sensors in her face, hands, breasts and “the female genitals down below” so requires a more subtle approach than her forebears.

The doll’s creator even says she can spot nice people, because she has a “moral code”.

What is the sex doll brothel in Paris and why have women been replaced with blow up dolls?

A sex doll brothel was opened in Paris in February 2018, for randy punters who prefer romping with plastic instead of real women.

The sex club has several rooms and customers are offered the services of a silicone model instead of a prostitute.

Pictures from inside show four different dolls of different shapes, colours and sizes dressed in skimpy lingerie while the rooms are adorned with images of other sex robots.

It comes after Britain’s first “sex doll brothel” opened – where customers are offered a “try before you buy” service on an industrial estate in Gateshead.

In September 2018, a sex robot brothel in Italy was shut down by police less than two weeks after it opened.

How much is a sex robot?

Personalised sex robots can cost tens of thousands of pounds.

However much cheaper models are also available in the growing market.

As the technology is more widely used, the price of sex robots is expected to fall increasing their use.

This parlour in London will set you back £50 for half an hour with one doll, while two hours costs £130.

Are people really marrying them and can the dolls ‘cheat’?

According to RealDoll, a company behind a range of startlingly lifelike sex robots, the futuristic lovers are actually saving the lives of the lonely men who wed them.

A spokesperson for the company said the most popular use for the bots is still as a purely sexual partner.

But they added: “There are many reasons we have heard from our customers, ranging from the sexual aspect to a domestic partner to art pieces enjoyed simply for their beauty.

“While we believe we provide a product that has many applications we are sometimes astounded at the impact we make on some customer’s lives.

“We have had customers marry their dolls, say that we had saved their lives because they felt like they had nothing to live for after the death of a spouse or the end of a relationship.”

Robotics psychologist Rebekah Rousi has said: “We have to consider if robots will have their own sexual desires and what will motivate these desires.

“If the end goal is to create autonomous robots that are capable of independent thinking and feeling, the chances of humans maintaining power within these relationships is quite marginal.”

A study also found that, if robots are programmed to see sex as a “beneficial” resource, they could begin to seek it out themselves without notifying their partners, in a sense, cheating.

Can the sex robots do chores?

Chinese sex doll makers have created a robot that will laugh at your jokes – and even wash your dishes.

The creation is powered by an artificial intelligence and also functions as a love doll that humans can have sex with.

It’s the latest product from Dalian, China-based firm EXDOLL, who say she is designed to work just like the Amazon Alexa digital assistant, or Apple’s Siri smart speaker.

The sex robot will use built-in microphones to listen to what you say, and will be able to tell when you’re joking, prompting a laughter response.

The end goal is to have her perform household chores too, like turning the dishwasher on.

But its creators say one of her main uses will be simply to provide physical comfort to owners.


What is a sex doll, sex robot brothels in Paris & Italy & how much are they?

IS IT BOT IN HERE?

What do the experts say?

Some experts have warned we’ll need to be careful we don’t get addicted to artificial intelligence love making.

Futurologist Dr Ian Pearson believes women will be ditching men for robots when they want to get frisky in 10 years’ time… and could ever start falling in love with the machines.

In fact, he reckons by 2050 robot sex will have eclipsed human love-making all together.

Sexologist Lev Shcheglov has concerns about the future of the industry saying cyborg sex poses a serious danger to humans.

He told Sputnik: “Sex with a robot is just a fake imitation. And it can lead to psychopathic disorders and isolation.

“Sex with robots won’t bring into a person’s life the emotion effect that gives us a true communion.

“You can eat pseudo-food to still hunger. But over time it will still end badly.”

“It would just be another way of expressing sexual activity or addiction,” he explained.

“Sex addiction is a way to anaesthetise hard to bear feeling states…These include, but are not limited to, loneliness, shame, boredom, and stress. 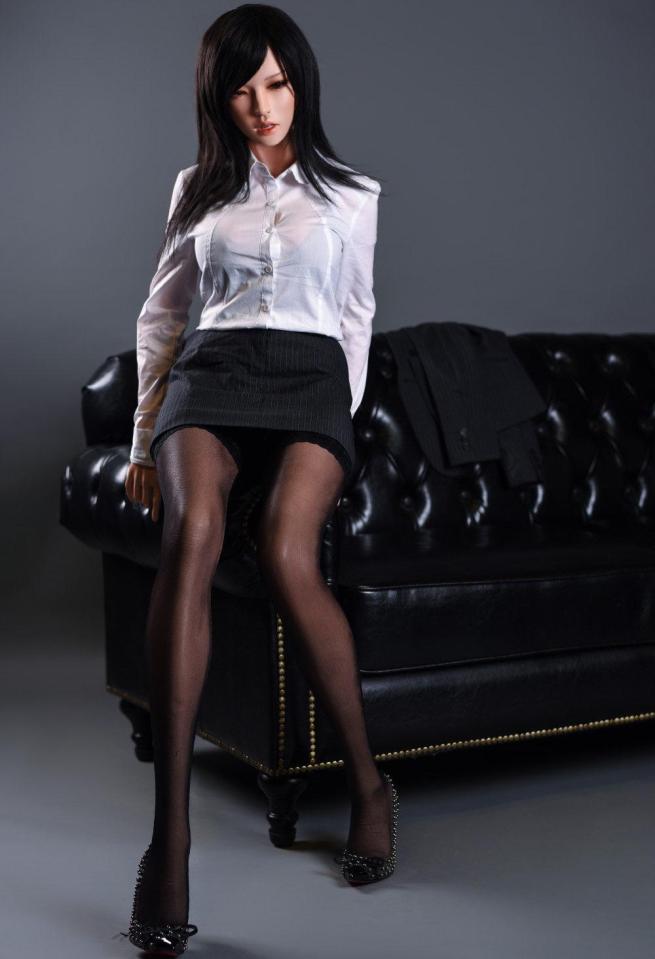