THE US Army is said to be spending millions on neuroscience that could lead to ‘telepathic’ soldiers.

The goal is to build a system that would allow soldiers to communicate via their brain signals.

According to C4ISRNET, the US Army will spend $6.25million (£4.6million) on the project over five years.

The plans could change warfare forever.

The Army Research Office (ARO) is said to be leading the project.

However, even in five years time it’s likely the military will still be far off creating such futuristic tech.

The technology is in its very early research stages[/caption]

So far, ARO neuroscientists have reportedly been able to decode and put back together behavioural signals from the brain.

They focused on monkeys for their recent research.

The next stage is to try and decode other types of brain signals.

Then create a computer that can interpret thoughts just by picking up on signals.

Krim told C4ISRNET: “You can read anything you want; doesn’t mean that you understand it.

“The next step after that is to be able to understand it.

“At the end of the day, that is the original intent mainly: to have the computer actually being in a full duplex communication mode with the brain.”

The tech could help soldiers plan their next move while remaining completely silent.

It could also pick up on stress and fatigue signals before the person even realises they’re getting tired.

Krim said: “In a theater, you can have two people talking to each other without … even whispering a word.

“So you and I are out there in the theater and we have to … talk about something that we’re confronting.

“I basically talked to my computer — your computer can be in your pocket, it can be your mobile phone or whatever — and that computer talks to … your teammate’s computer.

“And then his or her computer is going to talk to your teammate.”

In other news, SpaceX has completed a key test of its new Starship rocket that the firm hopes will one day carry astronauts to the Moon and Mars.

Scientists have suggested permanently dimming the Sun to save South Africa from deadly dry spells.

And, a scary animation has outlined the deadly capabilities of robot tanks being developed by a German defence company.

What are your thoughts on telepathic soldiers? Let us know in the comments… 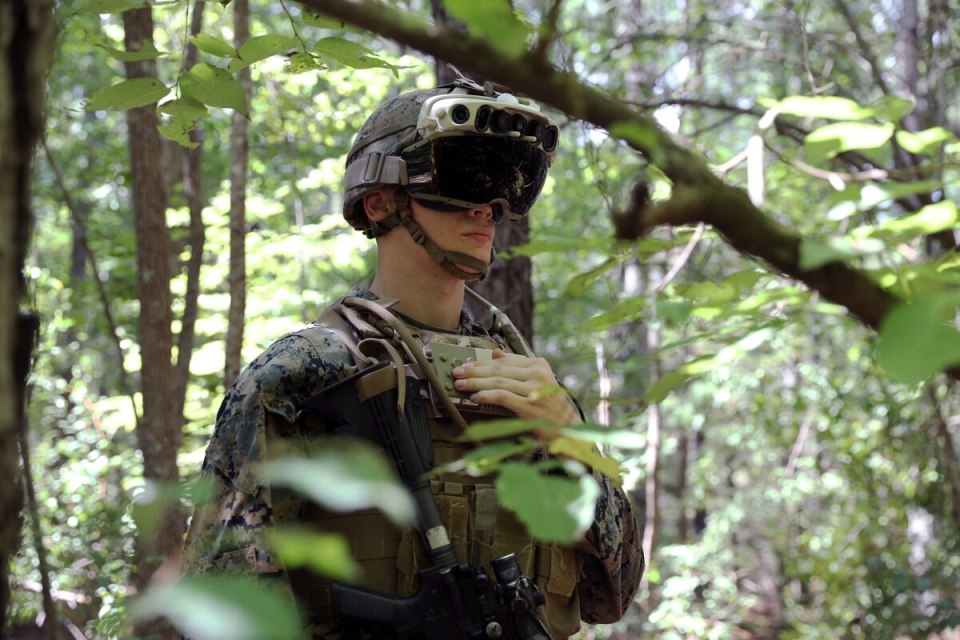