A Minotaur IV rocket will carry the classified payload for the National Reconnaissance Office, the US agency tasked with operating spy satellites.

A Minotaur IV rocket sat on its launchpad at Wallops Flight Facility on Wallops Island, Virginia, ahead of Wednesday’s launch[/caption]

If successful, the mission will mark the first time the US Space Force has launched from Nasa’s Wallops Flight Facility on Wallops Island, Virginia.

The rocket was built by US aerospace firm Northrop Grumman. Due to the classified nature of the mission, the launch time has not been disclosed.

“The weather continues to look favourable for the launch.”

If successful, the mission will mark the first time the US Space Force has launched from Nasa’s Wallops Flight Facility[/caption]

The Space Force was officially established in December 2019 and is the first new military service since the Air Force launched in 1947.

The 16,000 airmen and civilians that make up the Space Force are technically part of the Air Force — which previously oversaw offensive operations in space.

But President Donald Trump has made it clear he sees the newest service as critical to the future of American defense.

As well as spy satellites, the agency is helping to develop and operate technologies for space warfare.

The Space Force logo was unveiled earlier this year[/caption]

The window for today’s launch opens at 9am ET (2pm BST). The official liftoff time is classified.

According to SpaceFlightNow, four payloads for the National Reconnaissance Office are awaiting liftoff.

The satellites were designed, built and operated by the NRO, which has not disclosed their purpose.

“The team is really excited and ready to get going here on this mission,” Northrop Grumman’s Kurt Eberly said.

In total, 26 of the rockets have launched since 2000, 16 of which have sent satellites into orbit.

In other news, SpaceX’s huge Starship rocket that will one day take man to Mars is reportedly set for its first test flight this week.

Nasa has revealed the design of a moon lander that could be taking astronauts back to the lunar surface by 2024.

The space agency also recently released an unusual image of the “death explosion” of a massive star that looks just like a bat.

What do you think the satellite is for? Let us know in the comments! 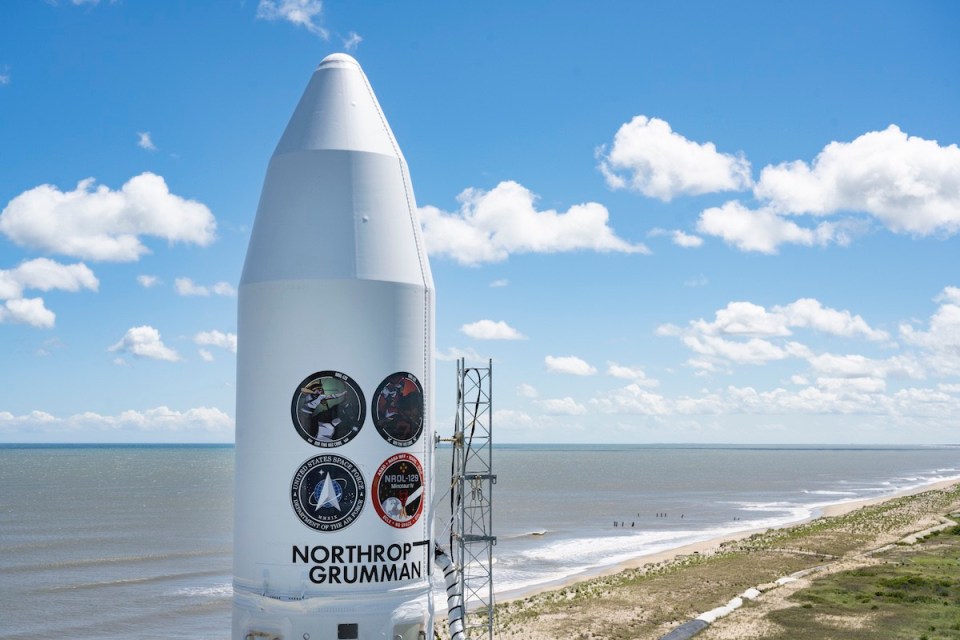 How to change your Amazon Alexa vo...