THE US Army is developing heavily armed robot tanks to fight on battlefields of the future.

The semi-autonomous killing machines will work alongside soldiers and can drive themselves to the frontlines, detect enemies and shoot missiles.

The US Army is developing robot tanks loaded with heavy weaponry. Pictured is a Qinetiq semi-autonomous armed vehicle[/caption]

Two types of these Robotic Combat Vehicles (RCVs) are already under development, Breaking Defense reports, with a third on the way.

Speaking at a conference last week, Major Corey Wallace explained how the deadly technology might work.

The three RSV classes vary by weight – lights, mediums, and heavies – with each robot loaded with progressively more firepower.

While the lights will mostly be used for reconnaissance, they could still wield anti-tank missiles and either light machineguns or chain guns.

Mediums will look more like autonomous tanks, while heavies will act as powerful artillery vehicles.

Four lights have already been built by UK defence contractor QinetiQ, while US outfit Textron has put together four mediums.

He explained that the tanks would lead the charge on battlefields of the future – though the technology is still years from deployment.

For now, the Army is ensuring that a human makes all of the key decisions.

The tanks have been designed to drive themselves to the frontline, after which soldiers will remotely operate their movement and weaponry.

As well as conventional battles, the Army wants to use RCVs to take down drones used by the enemy for scouting and communications.

“Yes, you are very lethal [if you] blow the … turret off a tank, but you are even more lethal if you paralyze that formation’s ability to communicate,” Wallace said.

A rising number of countries want to introduce a ban on fully autonomous weapons in order to prevent the creation of “killer robots”.

Human rights experts say the deadly technology, which can kill targets without human oversight, should be barred before it’s too late.

Last year, billionaire Microsoft founder Bill Gates warned that the threat AI poses to humanity is similar to that of nuclear weapons.

He said intelligent machines have the potential to both save and destroy the human race.

In other news, criminal gangs and terrorists could one day buy killer robot assassins on the black market.

Super-strong robots that “make the Terminator look puny” are already on the way.

What do you think of killer robots? Let us know in the comments! 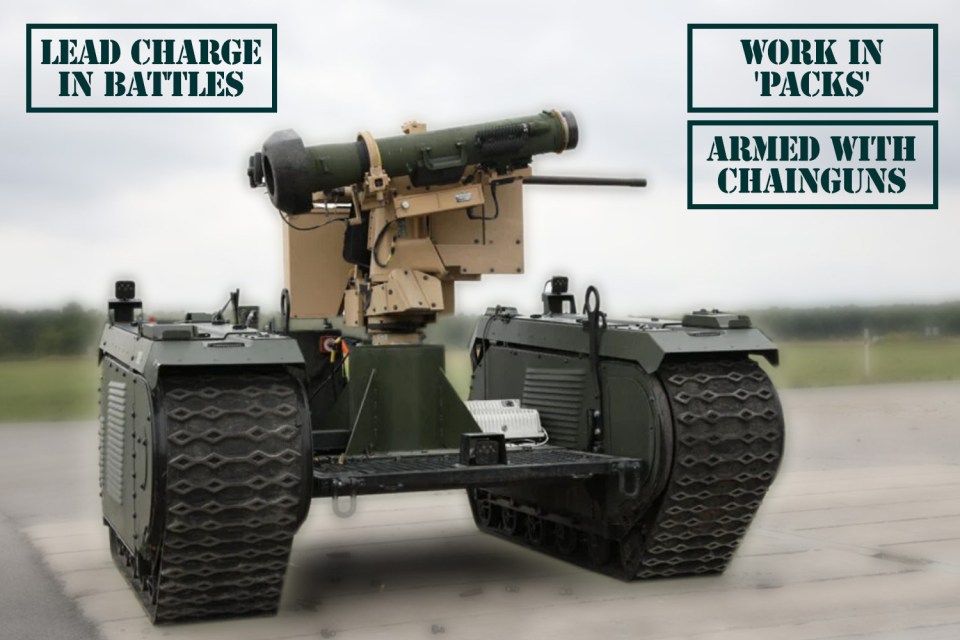