APPLE’S latest software update is finally here but you may not have spotted the notification on your iPhone.

The good news is you can manually check for the update and chose to download and install it.

The iOS 15 update can be downloaded on any iPhone that’s the iPhone 6s or newer.

That means even an old iPhone can take advantage of some – but not necessarily all – of the great iOS 15 features.

If you have an iPhone that’s older than the iPhone X you’ll miss out on some of the new iOS 15 features.

The iOS 15 software is only compatible with the iPhone 6s and later but if your iPhone doesn’t have a A12 processor you also won’t be able to access certain features.

BITE OF THE APPLE


New iPhone 13 is out this week – prices, plus how and when to buy it

The only iPhones that can make use of almost all of iOS 15’s features are the iPhone XS or older.

That’s because these iPhones contain the newer A12 processor.

It’s important to note that only the iPhone 12 Series and iPhone 13 Series devices can make use of the iOS 15 5G features.

The iPhone 6s and 6s Plus won’t get access to the new spatial audio feature when listening to music via AirPods Pro and AirPods Pro Max, that’s a feature Apple has been raving about.

Users of iPhones 7 to X won’t get access to spatial audio during FaceTime calls.

Older iPhone users also won’t be able to access the iOS 15 ability to blur your background on FaceTime by using portrait mode.

They’ll also miss out on features like animated backgrounds in the Weather app, a detailed city Maps experience, almost all the new Wallet app features and immersive walking directions.

Here’s how to update to iOS 15

If you have a compatible device and your iPhone hasn’t automatically updated then you can follow a few simple steps.

Make sure your iPhone is backed up and that you’re connected to WiFi.

Then open Settings, click “General” and then “Software Update”.

The update may appear on the screen if it’s ready for your phone and you can click “Install Now” and accept the Terms and Conditions.

If you don’t see the option to update straight away you should look to the bottom of your screen.

You’ll be asked for your numerical password and will have to agree to the “Terms and Conditions”.

One new iOS 15 features is called Focus and it’s a tool that enables users to set different notification preferences depending on what they’re doing.

For instance, you will have the option to select if the phone makes a sound or not, or whether it vibrates, depending on your current status.

You’ll be able to use a new menu to select if you’re driving, working, sleeping or a custom status of your choosing.

The menu will be shown on the updated lock screen and in Control Centre, the iPhone and iPad’s menu for quickly getting to settings.

Focus will even notify your iMessage contacts of your status to let them know why you’re not responding to their texts.

Apple is also working on major updates to iMessage that will make it more like a social media platform, like WhatsApp.

One way it’s doing this is by making it easier to manage and engage with the photos and news articles that your friends share through the app.

The Apple Photos and Apple news apps will have new areas that only store the content shared by your friends.

A number of the company’s other apps, such as Wallet, Safari, Apple Maps and Health, are also getting minor improvements.

FaceTime, for instance, will let you blur the background of your videos.

It’ll give your video feed a similar effect to the Portrait mode available on the cameras of recent iPhones.

You’ll also be able to upload your passport or drivers license to Apple Wallet, letting you check in at, for instance, airports using your phone.

Another new feature unveiled by Apple is designed to make it easier to show your friends what you’re listening to or watching.

Called “Share Play”, it allows you to listen to music or watch a streaming app with members of a call, with the video synced up for all users.

Notifications are getting a new look, and will now be grouped into a helpful collection called Notification Summary.

Apple will use AI to figure out which notifications are most important to you. You can set which time of day you’d like to be reminded to read them.

As well as bug fixes and the patching of security holes, the downloads add new features that Apple’s engineers have been working on. 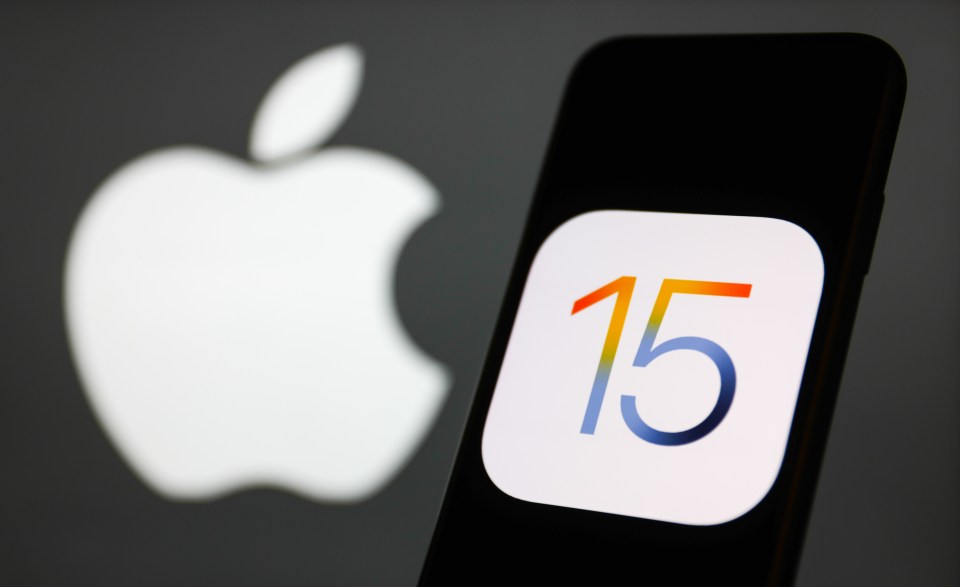