GOOGLE has announced that the latest major update to its Android operating system is available to download – but there’s a catch.

Android 12 is only available on a select number of Google’s own Pixel smartphones for the time being, the search giant said Tuesday.

Google announced the launch of Android 12 on Tuesday during the unveiling of its latest smartphones, the Pixel 6 and Pixel 6 Pro.

The company said that the operating system was available to download for free on a selection of Pixel phones starting October 19.

You can upgrade if you have a Pixel 3 or later. Here’s the full list of compatible smartphones:

Android 12 is the latest version of Google’s operating system that powers billions of smartphones around the world.

If you don’t use an iPhone, chances are your handset runs on Android – whether it’s a Samsung, Pixel, OnePlus or other device.

Google unveiled its revamped operating system (OS) on May 18 during the opening keynote of its I/O 2021 conference.

The company is focussing on privacy and personalisation for this iteration of the software, which it released worldwide this month.

Google explained some of the features coming with Android 12 in a blog post on May 18.

Google said the beta has been designed around personalisation and privacy.

“Android 12 builds on everything you love about Android, and focuses on building a deeply personal phone that adapts to you,” the firm wrote.

The operating system is “secure by default and private by design, and makes all your devices work better together,” Google added.

In settings, you can now turn off app access to the sensors for the entire system to stop malicious software from spying on you.

Google has added a host of new security features[/caption]

A new indicator to the top right of your status bar lets you know when your apps are accessing your microphone or camera.

Google has also added a new SOS function that will trigger an emergency alarm after five consecutive presses of the power button.

Aside from all that, Android 12 represents “the biggest design change in Android’s history”, according to Google.

The system pulls accent colours from your wallpaper and applies them across the OS for an attractive, themed design.

You’re also able to completely personalise your phone with a custom colour palette and redesigned widgets.

Bigger, rounder bubbles have been added to the notification shade, making it easier to see things at a glance.

In other news, Facebook plans to change its company name as part of a rebrand expected to be announced in the coming days.

Your Facebook profile has a hidden feature that can reveal if you’re being targeted by hackers.

Check out our iPhone 13 review and iPhone 13 Pro review.

And, take a look at the new Lamborghini Huracan Evo that can clean your house and cook you dinner. 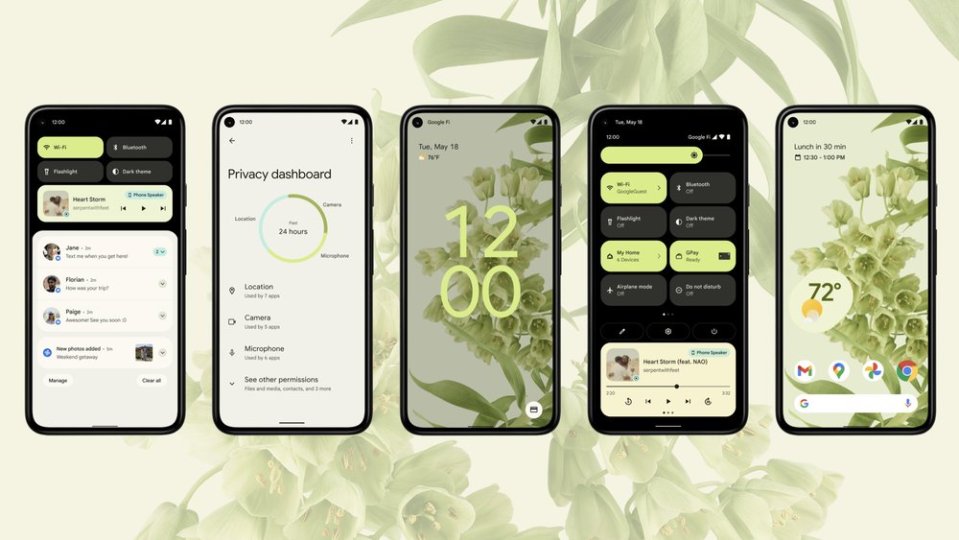 How to transfer WhatsApp data to n...

WhatsApp to STOP working on some A...