ALIEN hunters think they’ve spotted an ‘ancient spaceship’ in the middle of a crater on planet Mercury.

Photos of the supposed UFO have been posted on a popular conspiracy theory site.

Scott C. Waring wrote on UFO Sightings Daily: “I have found a structure within a crater on planet Mercury today.

“The structure has three long segments to it. Each part is along side the next.

“NASA map says this is 2.5km across by 2.5km high. Thats a huge structure.

“The way its laying down and the way the three segments are side by side make me think this is a ship and can move from place to place.

Waring zoomed in on this crater[/caption]

Seeing a UFO in this image might require some imagination[/caption]

“It may have been docked in this location in the crater to make it easier to find and accessible.

“But…I wonder…where did the captain and crew go? Their must be an underground base near this location or why park the ship there?

“One answer…brings many more questions.”

The unusual object is circular in shape[/caption]

Of course, there are lots of other possible explanations for what Waring seems to have spotted on Mercury.

Mercury is a rocky planet so that could just be a bumpy formation on it’s surface.

Source co-ordinates for the sighting of the unusual shape were also provided so sceptics can take a look for themselves.

In other space news, this week a ‘Black Moon’ will take to the skies.

Strange bright spots on a nearby dwarf planet could be an underground ocean, according to scientists.

And, the Moon has been used as a gigantic mirror by scientists on the hunt for other habitable planets.

Do you think humans will find alien life? Let us know in the comments… 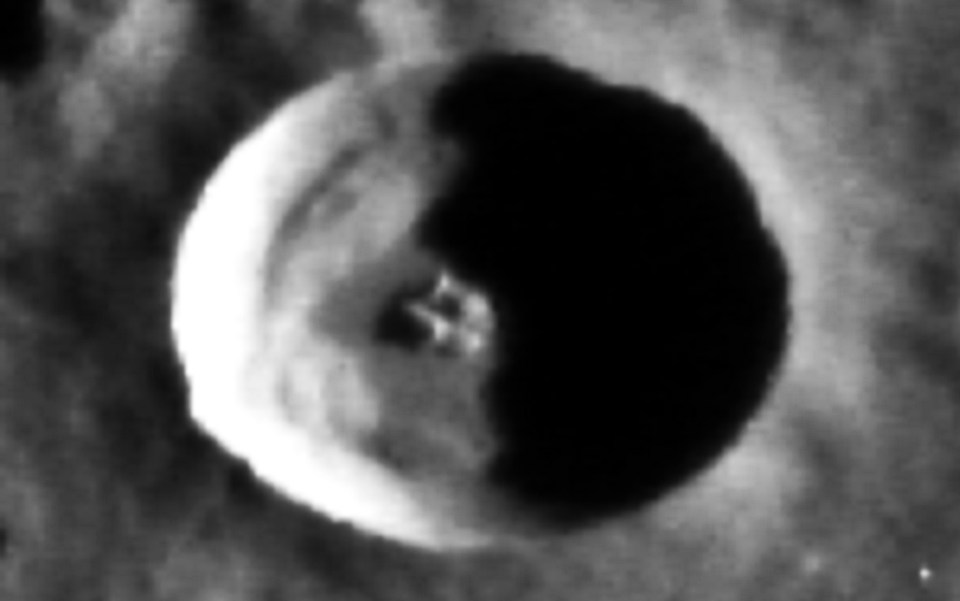