TWITTER is rolling out a feature that lets users charge people to see their posts.

“Super Follows”, a featured announced in February, is currently available on iOS for a select group of users in the United States.

Creators can set their tweets to go out to paying subscribers only, allowing them to earn money simply by posting on Twitter.

Currently, iOS users on in the US or Canada can Super Follow accounts that are in the test group.

Super Followers are identified by a badge that appears under their username when they reply to tweets.

Twitter plans to roll out the feature to other countries in the coming weeks. It will be available on the web and on Android soon.

From gaming-centric Twitch, the more general-purpose Patreon and even adult-oriented OnlyFans, there’s no shortage of subscription websites.

Adding a subscription feature gives Twitter a chance to make more money, but users will be cashing in, too.

This means other users will pay to see additional exclusive material that regular followers can’t see.

“Exploring audience funding opportunities like Super Follows will allow creators to be directly supported by their audience,” Twitter said in Februrary.

“And will incentivise them to continue creating content that their audience loves.”

Creators can set whether their tweets go out to everyone, or just their Super Followers[/caption]

Twitter is having to make changes to the recent redesign of its app after users complained that it caused headaches and migraines.

Facebookis working on a way to analyse encrypted messages without fully reading what they say, according to a new report.

Sexting warnings will be sent to parents of children who have an iPhone or iPad that is sending or receiving explicit images.

And, the next iPhone will come in a new pink colour and start at just under £800, according to recent rumours. 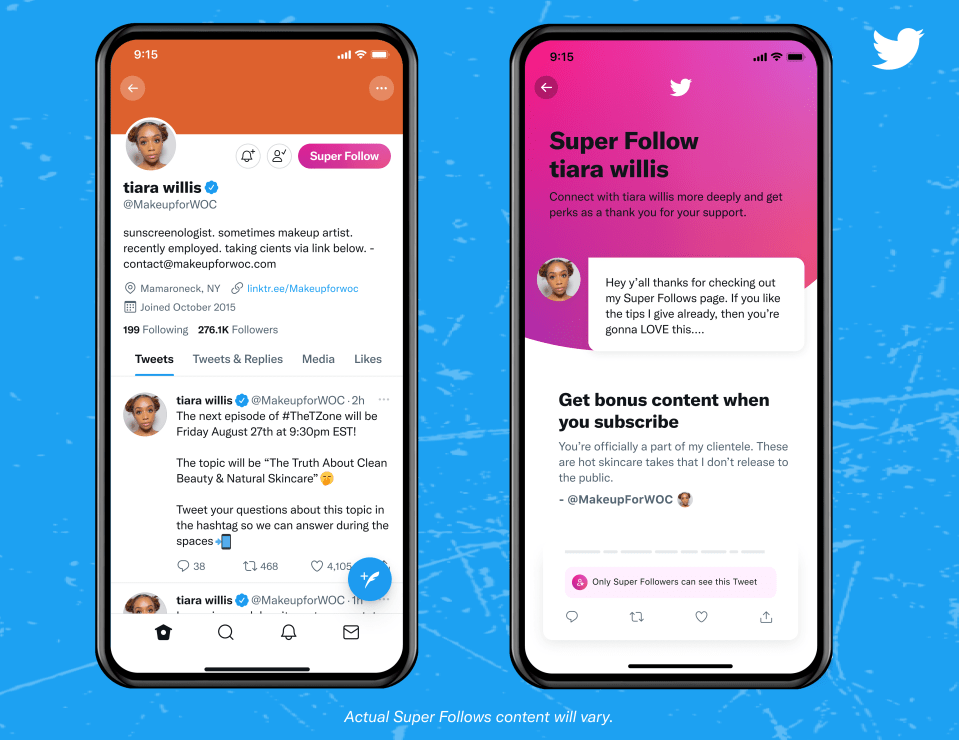