TWITTER is introducing a new ‘Fleets’ feature that means you can create posts on the platform that disappear after 24 hours.

Fleets only last for 24 hours[/caption]

Users will be able to write text or react to tweets.

That means if you have something to say but you’d rather it wasn’t on your permanent Twitter feed then you could use ‘Fleets’ instead.

Fleets can also be used to share videos and images that you don’t want to keep for longer periods on your Twitter page.

Twitter’s move to less permanent content aims to encourage more users to feel comfortable on the platform that is notorious for online debates.

Fleets will enable you to react to Tweets more discretely[/caption]

Followers will be able to react to Fleets via direct messages.

They’ll appear at the top of the home timeline section.

It will now be rolled out to everyone.

Twitter’s Joshua Harris, director of design, and Sam Haveson, product manager, said in a blog post: “We’ve learned that some people feel more comfortable joining conversations on Twitter with this ephemeral format, so what they’re saying lives just for a moment in time.

“In the coming days, everyone globally will have Fleets on Twitter for iOS and Android.”

You need to contact Twitter’s official support and tell them what’s happened.

If you’re using that password for any other accounts you should change them too.

You should also revoke access to any third-party applications.

And, Netflix has introduced a new “Fast Laughs” feature, which shows you short funny clips from some of its best content.

What are your thoughts on disappearing tweets? Let us know in the comments… 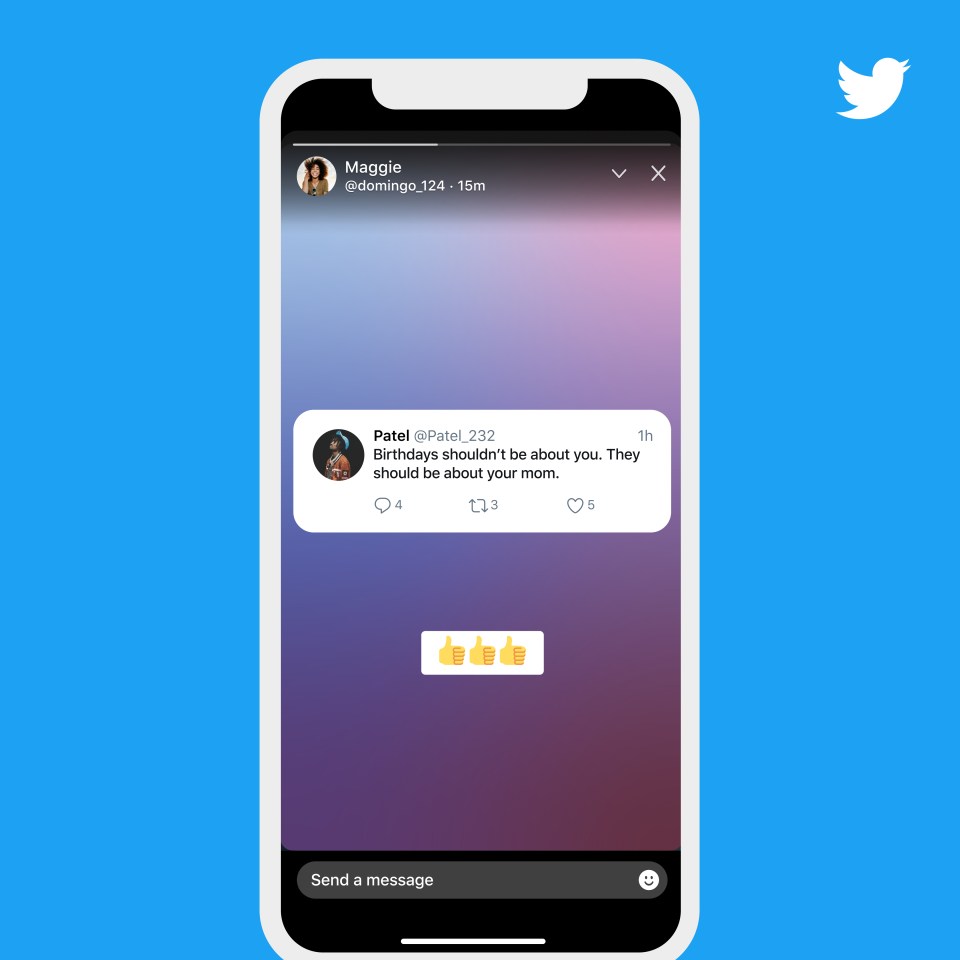