It follows Trump’s threat to ban Chinese-owned TikTok in the US, which could happen before the end of the year.

TikTok now has until November 12 to find an American corporate buyer, or it faces being outlawed in the USA.

The clip, which was uploaded on Friday, already has 4.8million views.

There are three other videos on Trump’s profile so far, two of which mock rival candidate Joe Biden.

Trump now has more than 100,000 followers on Triller, a figure that is fast-increasing.

Meanwhile, TikTok is currently facing an executive order that will see the firm banned if it isn’t bought out by a US company.

The tech giant is currently racing against a November deadline (extended from September) to finalise a buy-out of the hugely popular Chinese app.

But that’s still small change for Microsoft, which is currently valued at $1.61trillion on the US stock market.

TikTok could be banned in a matter of weeks[/caption]

Trump’s announcement on Friday came after reports claimed his administration was planning to order China’s ByteDance to sell TikTok. 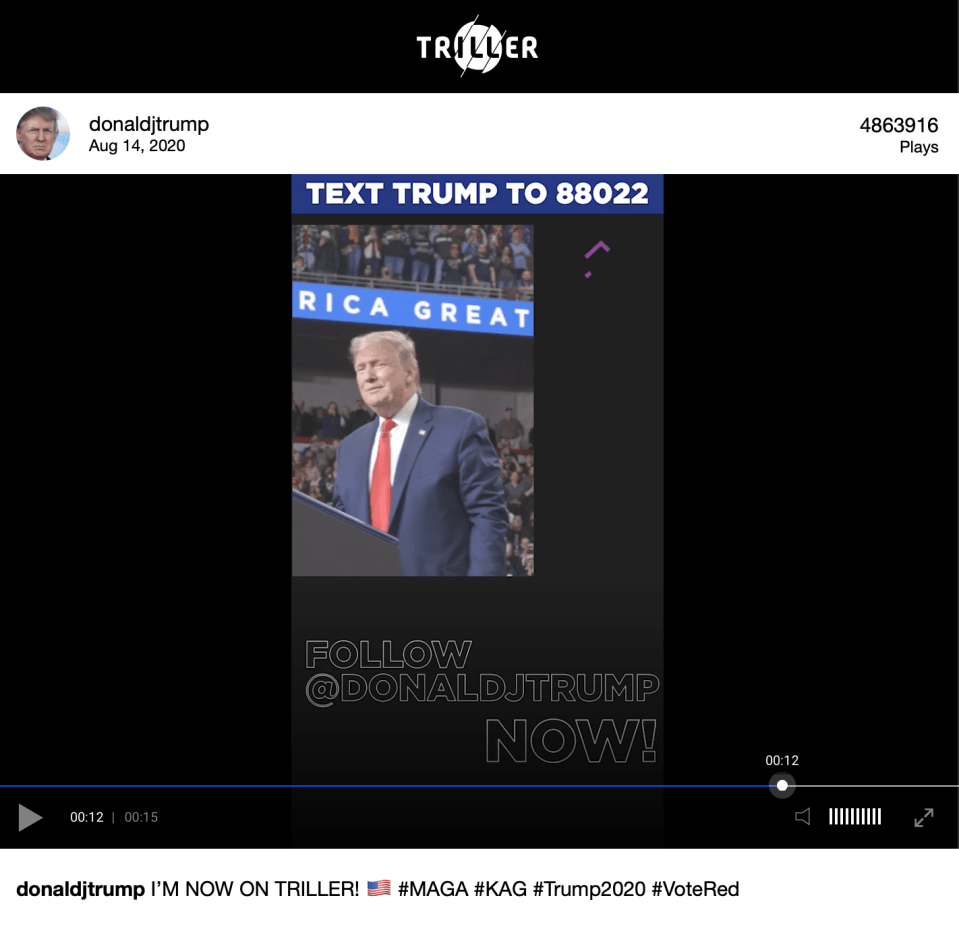 EU to hold emergency meeting on Be...