TINDER has started testing a new ‘virtual dating’ feature that will let you video chat with your potential lover.

The feature is fittingly called ‘Face to Face’ and was announced by Tinder’s parent company Match.

Face to Face will enable users to video chat with people they match with within the Tinder app.

However, both the people who have matched will need to opt-in to the feature before they can virtually date.

The feature is only being tested in select markets.

Currently, this includes Virginia, Illinois, Georgia and Colorado in the US.

The feature isn’t currently available in the UK[/caption]

If those users want to video chat they’ll need to be in a conversation with their person of interest.

If that person has also opted in to test video chat then a new video icon should be present.

You’ll need to tap this to start the ‘virtual date’ but before it can begin each user much agree to a few rules.

These include no nudity, no sexual content, no minors and no harassment or hate.

After the call, users will be asked if they would consider doing another video chat with the person.

They will also be given the option to report them if things have gone wrong.

Match has said it considered a feature like this before but the pandemic has now made it more desirable.

We have reached out to Tinder for comment on whether the feature will be rolled out more widely and if it will come to the UK.

HOW TO STAY SAFE ON TINDER

How to stay safe

Never give out personal information such as social security numbers, credit card numbers, bank information, or work or home addresses.
Never respond to any request to send money, especially overseas or via wire transfer.

Before meeting anyone in person,  get to know users online while using the app.

When meeting up, always meet the person in a populated, public place – never in a private or remote location, and never at your home or apartment.

If your date pressures you, end the date and leave at once.

It’s also important to tell friends or family members of your plans and when and where you’re going.

Make sure you have your cell phone charged and with you at all times.

Organise your own transportation, especially in case things don’t work out.

Stay sober during the date as consumption of alcohol and/or other drugs can impair your judgement and potentially put you in danger.

It’s important to keep a clear mind and avoid anything that might place you at risk and keep an eyes on drinks which could be spiked with synthetic substances.

In the event that you feel in an unsafe territory, toggle off the “Show me on Tinder” function found under the settings page.

Instagram will soon recommend accounts you should block as part of a new update, according to reports.

What are your thoughts on this feature? Let us know in the comments… 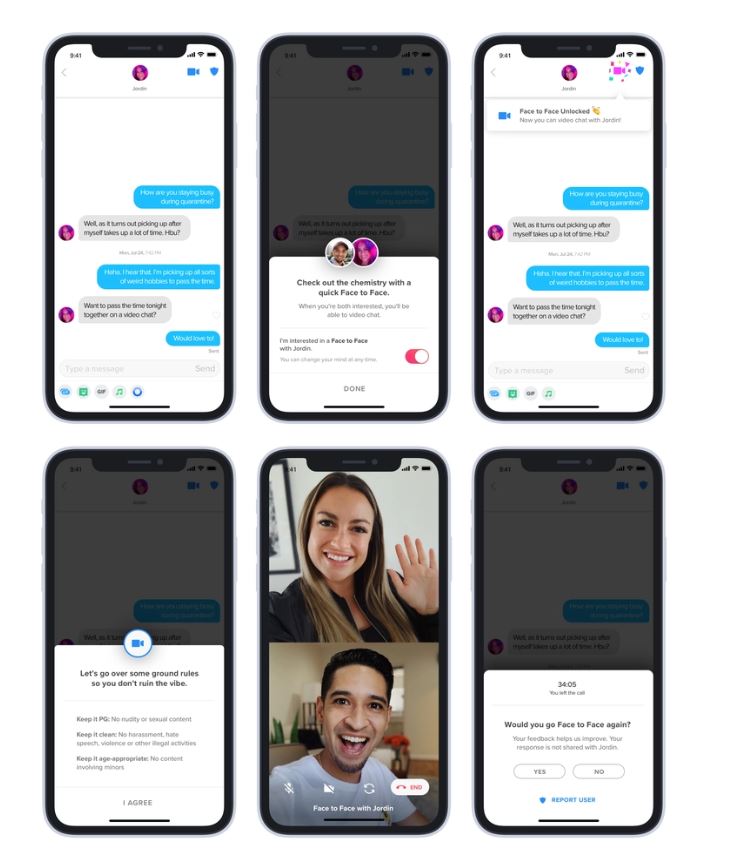