TOMORROW is a big day for close approach asteroids as three are set to skim past Earth.

The largest could be up to 272 feet wide, that’s almost as big as the Statue of Liberty. 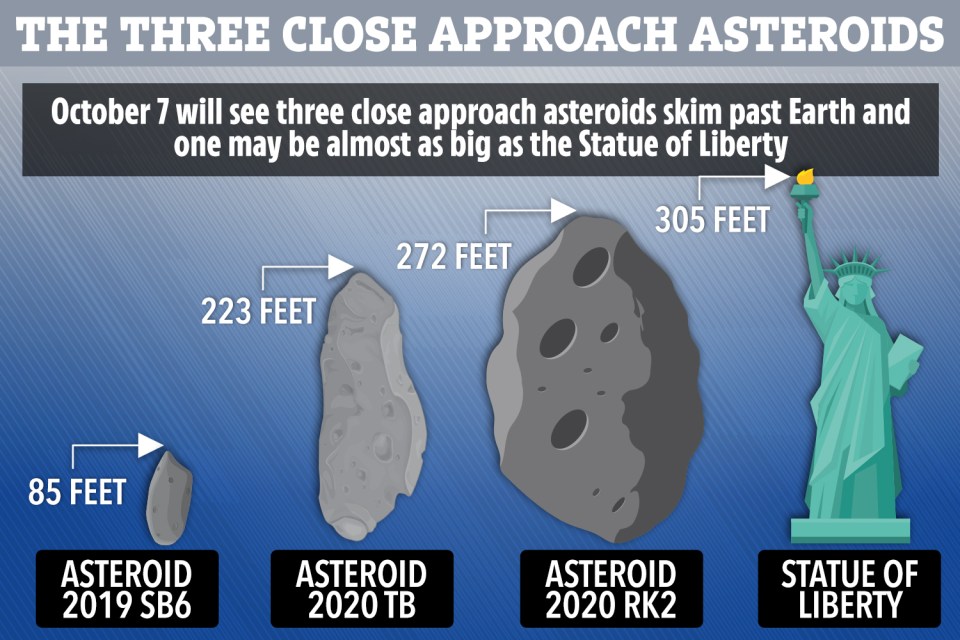 All of the asteroids are on Nasa’s close approach list.

That’s when Asteroid 2020 RK2 is expected to come within a distance of 2.3 million miles to our planet.

Even though it will be millions of miles away, in the grand scheme of space this isn’t a large distance at all.

This is why Nasa will be keeping an eye on this asteroid along with the two that come after it on October 7.

Nasa thinks the asteroid will be smaller but could still be up to 223 feet (68 metres) wide.

The space rock is expected to shoot past at 17,000 miles per hour and will be around 2.7 million miles away from Earth.

The space rock should come the closest to Earth of the three.

It’s expected to be around 2.1 million miles away at its closest point.

Nasa does not expect any of the asteroids to veer off course and impact Earth.

Mars reaches its closest point to Earth for the next 15 years this week.

What do you think of these asteroids? Let us know in the comments…