A TERRIFYING animation has outlined the deadly capabilities of robot tanks being developed by a German defence company.

Vehicles that fire rockets and deploy kamikaze drones that bomb enemy targets appear in the clip, which surfaced on social media yesterday.

An animation has revealed the deadly capabilities of robot tanks being developed by a German defence contractor, including the one pictured above, which can fire kamikaze drones from multiple launch tubes[/caption]

Dusseldorf outfit Rheinmetal is developing an armada of robot tanks for what it calls its “wolfpack” concept.

If fully realised, the plan would see multiple semi-autonomous robot tanks that communicate with one another deployed to battlefields.

The tanks would navigate and identify targets using artificial intelligence, though a remote human controller would make the final decision on whether to take lethal action.

Upon impact, the unmanned UAVs explode. The launcher can fire several of them into the air at once[/caption]

The first is an armed reconnaissance vehicle equipped with a special camera system that can pick out enemies on the battlefield.

It’s loaded with a remote-controlled machine gun and is designed to “collect tactical intelligence in an operation area while providing fire support for front-line troops”, according to Rheinmetal’s website.

The jeep is deployed by helicopter, allowing military top brass to quickly station one in the event of a firefight breaking out.

Its primary purpose is to identify targets and assign missions to the other autonomous vehicles in the fleet.

A pair of these teased in the video is Rheinmetal’s fieldranger multi, which packs a heavy machine gun, and its “warmate loitering UAVs” launcher.

Several launch tubes attached to the latter can deploy multiple kamikaze UAV drones that fly into targets and explode.

The Rheinmetal animation also shows off a robot tank with rocket launhers attached that fire missiles at enemies from a distance.

All of the tanks shown are overseen by military personnel from a distance, who monitor camera feeds as the mission progresses.

Rheinmetal is one of a number of defence contractors developing autonomous tanks for militaries around the globe.

The British government has procured four unmanned cargo vehicles from the firm. Rheinmetal is also working with the Australian government to produce robot tanks for its military.

UK defence contractor QinetiQ and US outfit Textron are two other outfits developing autonomous killing machines for military use.

Last month, a US Army Major announced the US military had hired the two companies to help it develop robot tanks for deployment in the 2030s.

A rising number of countries want to introduce a ban on fully autonomous weapons in order to prevent the creation of “killer robots”.

Human rights experts say the deadly technology, which can kill targets without human oversight, should be barred before it’s too late.

Last year, billionaire Microsoft founder Bill Gates warned that the threat AI poses to humanity is similar to that of nuclear weapons.

He said intelligent machines have the potential to both save and destroy the human race.

In other news, criminal gangs and terrorists could one day buy killer robot assassins on the black market.

Super-strong robots that “make the Terminator look puny” are already on the way.

What do you think of killer robots? Let us know in the comments! 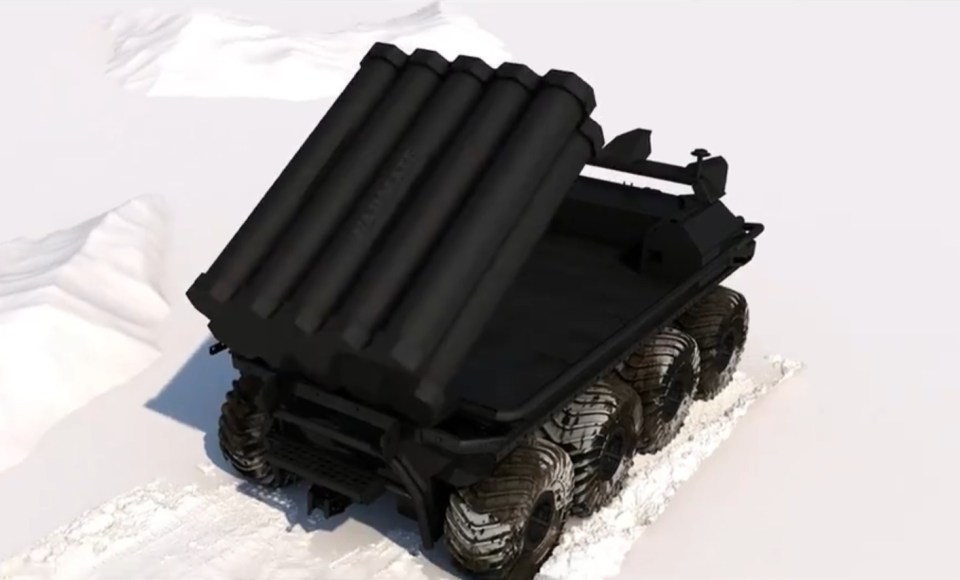 'David Villa was touching me...