YOU can now talk to Alexa even when you’re in the car thanks to Echo Auto.

If you haven’t tried the feature already it’s currently avaliable in the Amazon Summer Sale for just £39.99.

The Amazon UK sale has taken £10 off Echo Auto[/caption]

Echo Auto actually launched back in June and usually retails at £49.99.

The feature lets you ask Alexa to play music, give you news updates and make calls all hands free.

It works through the Alexa app on your smartphone and connects to car speakers via an auxiliary input jack or Bluetooth.

Once connected up you can ask Alexa to play music from the likes of Spotify or Apple Music in your car.

It lets you play music through your car’s speakers[/caption]

Or you can ask Alexa to put on one of your radio stations.

The Echo Auto is just a slim back box that can easily attach to your car and fit in with your current data plan.

However, users have said it works best with an unlimited data plan or it might cost you a bit more than you were expecting.

The device is designed to hear your commands over things like air conditioning and road noise.

One reviewer wrote: “I have an older sports car with no Bluetooth connection to the radio tuner/CD and thought I would give this a go.

“Honestly is great. I connect to car via jack socket and its like having a full blown Echo in the car.

“Music plays seamlessly through the car speakers and I can even switch on the lights and heating in the house from this device prior to getting home.”

In other news, an Alexa ‘snooping-blocker’ that jams the microphone of your Echo smart speaker has been developed.

Amazon has removed Alexa’s burglar-detecting Guard feature in the UK after accidentally offering it to users.

And, Amazon has slashed the price of its Echo Dot speaker-clock by nearly half.

Do you have an Echo smart speaker? Let us know in the comments… 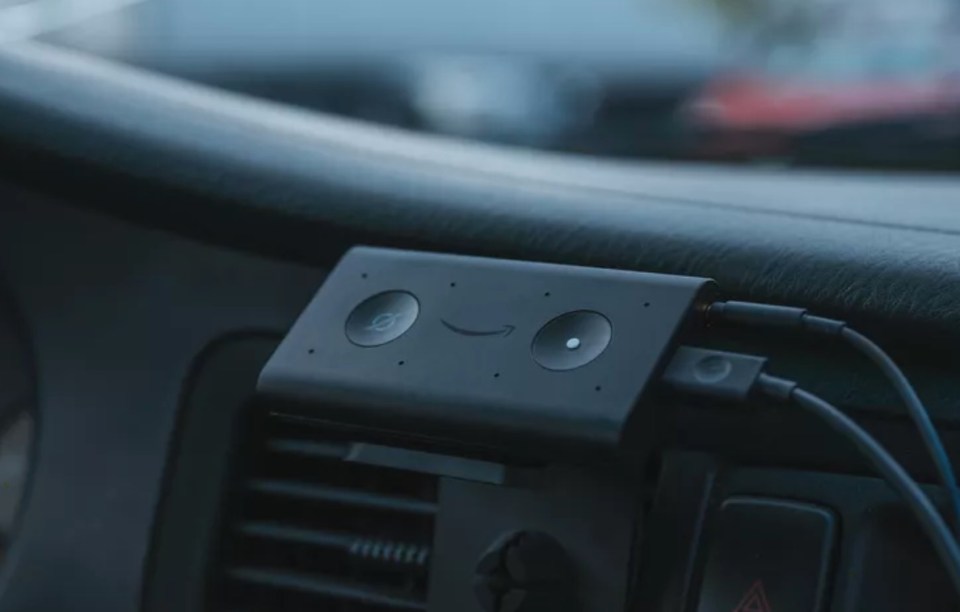