Close
Trending News
HomeTechSupermoon 2021 dates – when is the NEXT Supermoon?

Supermoon 2021 dates – when is the NEXT Supermoon?

Supermoon 2021 dates – when is the NEXT Supermoon?

FOUR Supermoons graced the sky in 2021 but we’ll have to wait until 2022 for the next one.

We’ve rounded up all of the 2021 Supermoon events as well as when you can expect the next.

Supermoons occur when a full Moon is at its closest point to Earth.

This means they look very big and bright in the sky and it can be a great time for photographers to capture amazing lunar images.

It was called a Super Worm Moon because March’s full Moon is always known as a Worm Moon.

The next was visible in the early hours of April 27 and was called a Super Pink Moon, again due to the time of year and not so much the colour of the Moon itself.

Then on May 26 we enjoyed a Super Flower Moon.

The last Supermoon of 2021 will occurred on June 24 and will be a Super Strawberry Moon.

Full Moons can have lots of different nicknames and they’re often associated with what farmers would refer to the Moon as at a particular time of year.

Moonrise and Moonset are said to be the best times to view a Supermoon.

When is the next Supermoon?

There will be two Supermoons in 2022.

The second will appear later that year on July 13.

Full Moons occur when the Moon is on the opposite side of Earth to the Sun.

This results in the lunar surface being fully illuminated.

A Supermoon happens when a full Moon reaches the perigee, which is the point in the orbit of the Moon when it’s closest to the Earth.

The opposite of the perigee is the apogee and when the Moon reaches this point it will look much smaller than usual.

Supermoons are said to appear 14% bigger and 30% brighter than usual.


Huge FIREBALLS in night sky tonight – how to spot them


Moon ‘wobble’ could cause mass FLOODING across Earth, scientists warn


AI reveals location ALIENS ‘might be hiding their hi-tech civilisations’

STING BY THE SEA

In other space news, Nasa has revealed 2020’s top pictures of Earth that were taken by astronauts on the International Space Station. 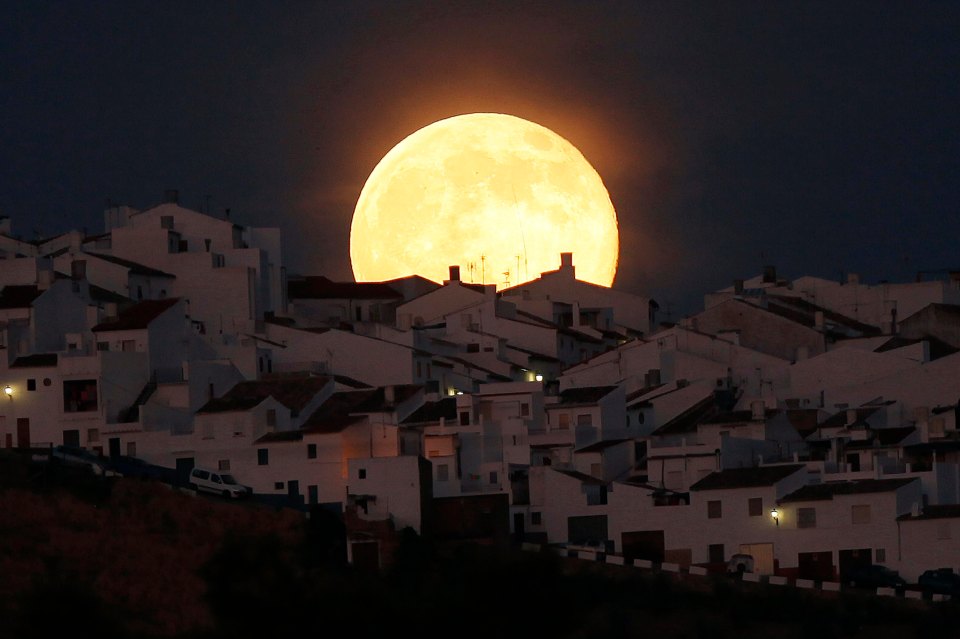 Elon Musk is getting a Netflix sho...