THE jaw-dropping winners of a photography contest centred around the night sky have been revealed.

Strange alien-like circles above Germany and a stunning snap of the Northern Lights over Iceland are among the highly commended photos for the 2020 Photo Nightscape Awards.

The top prize went to this picture, which shows surfers clutching their boards while walking into the sea in Guatemala[/caption]

His prize-winning picture shows surfers clutching their boards while walking into the sea, beneath a star-speckled sky.

Sergio won the coveted Nightscape prize at the awards, which are held by French non-profit Chasseurs De Nuit.

He took the photo in his native Guatemala.

This image was snapped on Reunion Island, a tiny French territory in the Indian Ocean[/caption]

Long-exposure photographs, like this one taken in Paris, show the path of stars and other celestial objects across the sky[/caption]

This picture, titled ‘The Heaven’ was snapped in Vllalba del los Barroso, Spain[/caption]

The awards are centred on cracking photos of the new sky. Pictured is a ‘Nightscape’ of a tree in North Texas[/caption]

Sergio said: “Humbly, I am very happy to put the name of Guatemala in heaven at one of the toughest times for everyone.”

Runner-up was Mario Konang’s A North Path Germany, which dazzles by capturing a pattern in the sky that looks like a multicoloured fingerprint.

She also snapped a night scene over a quaint church in Texas.

The desert landscapes in Jordan are hostile places of beauty[/caption]

The Northern Lights pictured over Iceland[/caption]

A radio telescope peering at the stars in Western Australia[/caption]

Remi Leblanc Messager won first prize in the Town category for his stunning image of a starry sky above Paris.

Stefan Liebermann was praised for three gorgeous photos, including one snap of a barren tree in the desert against a backdrop of a mountain and starry night sky.

Elsewhere, stepping stones shimmer on the surface of the water in Bill Graig’s aptly named Luminosity Lake Tahoe, taken in California, US.

Other vistas include a pink sky above Dubai in Apostolos Kyraizis’s Star Show, and Miguel Claro’s “unusual” photo of the Northern Lights in Denmark.

A villa close to Concarneau, France, features in this snap[/caption]

Photo of the night sky snapped from Reunion Island, near Madagascar[/caption]

In other news, Nasa earlier today released the closest photos ever taken of the Sun.

The water that once flowed on Mars contained just the right ingredients to support life, scientists say.

Which photo is your favourite? Let us know in the comments! 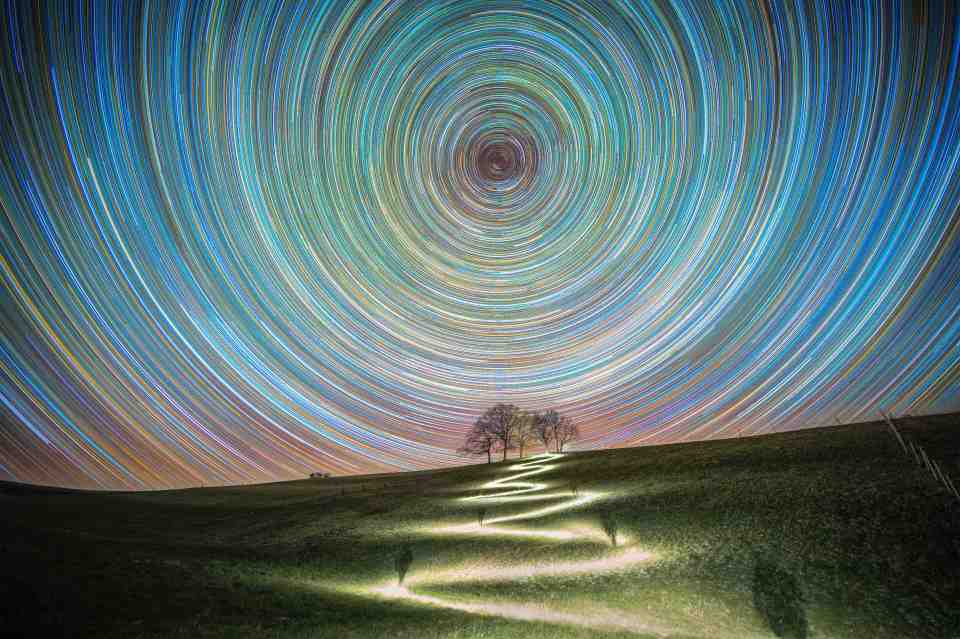