Around the size of a golf balls, the huge gem stone is believed to be one of the largest diamonds mined this year.

Mining company Gem Diamonds discovered the precious stone at its Letseng mine in the small nation of Lesotho, the firm announced Friday.

Gem Diamonds boss Clifford Elphick described the 442-carat stone as “one of the world’s largest gem quality diamonds to be recovered this year”.

“The recovery of this remarkable diamond … is further confirmation of the caliber of the Letseng mine,” he said.

The diamond is the largest the company has found since its 910-carat “Lesotho Legend”, which sold for $40million (£30million) in 2018.

It will be shipped to Antwerp, Belgium, where it’s expected to be sold next month.

Edward Sterck, an analyst at investment banking firm BMO Capital Markets, said the gem could be worth as much as $18million.

A portion of the funds generated from its sale will go towards a local community project, Gem Diamonds said.

The company is partnered with the government of Lesotho, landlocked country in southern Africa, encircled by South Africa. 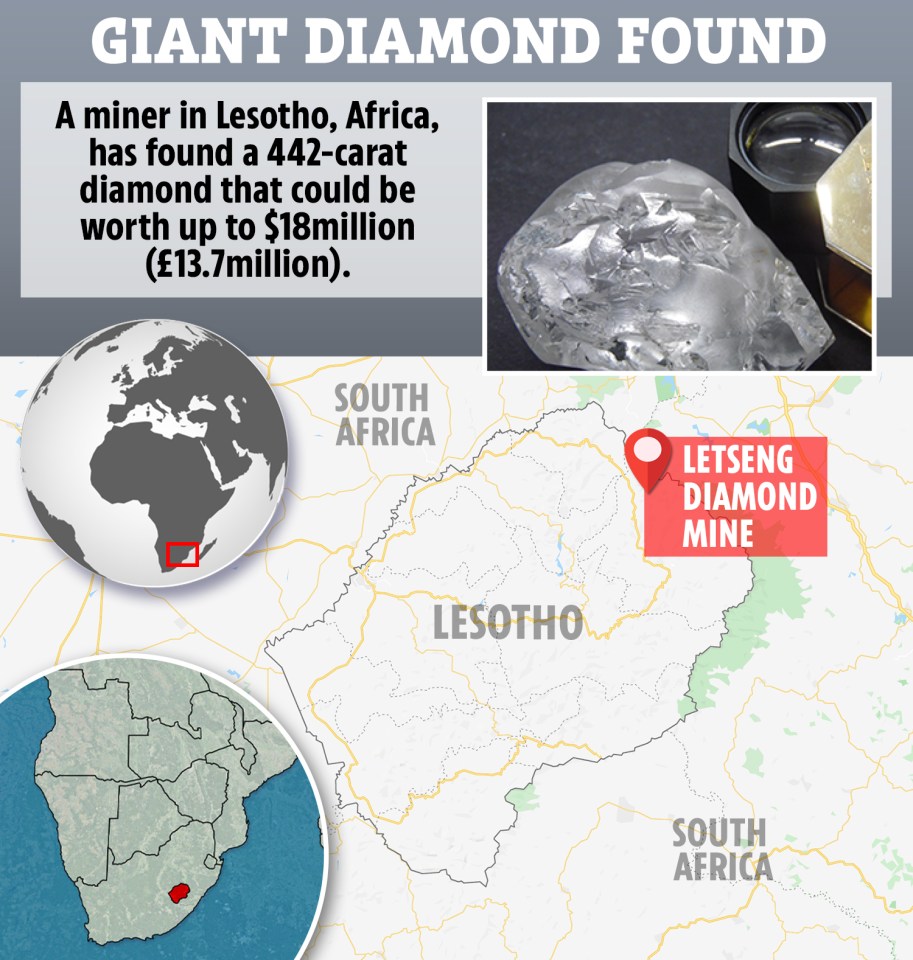 With a population of just 2million people, the nation is known for its open pit mines that produce large diamonds.

The biggest diamond found this year was a 549-carat monster unearthed by Canadian firm Lucara Diamond from its Karowe mine in Botswana.

Although the diamond industry has suffered as a result of the Covid-19 pandemic, demand for the precious stones remains high.

The Queen is the proud owner of the world’s largest diamond, the Cullinan Diamond, which weighed a whopping 3,106 metric carats before it was cut.

In other news, diamonds as old as the Moon are being blasted to Earth’s surface by a hidden lava reservoir.

A secret stash of more than a quadrillion tons of diamonds is reportedly hiding below Earth’s surface.

And a diamond-studded space rock found in Egypt is “unlike anything seen in our solar system before”.

What do you make of this sparkling discovery? Let us know in the comments! 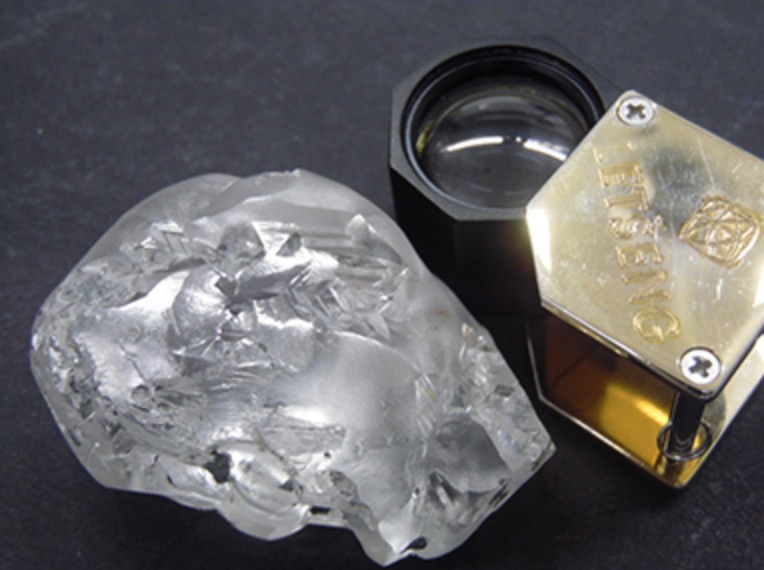