THE FACE of a Stone Age man whose skull was found on a stake in a watery grave has been reconstructed.

The skull was found in what used to be a small lake in Sweden back in 2012 but this is our first glimpse of what the man looked like 8,000 years ago.

What remained of his decapitated head was found with the remains of at least 10 other Stone Age adults and an infant.

Only one of the adults had a jaw and two of the skulls were placed on spikes intended to stick out above the surface of the lake.

One of the skulls without a jaw was used for the 3D facial reconstruction.

Oscar Nilsson, a forensic artist based in Sweden, created the fascinating example of a Stone Age man.

His tendons were also reconstructed[/caption]

He used the skull and its anatomical and genetic information to create the bust.

The end result is a brown haired, blue eyed, pale man in his 50s with an impressive beard.

Nilsson took a CT scan of the skull and then had a replica made so he didn’t damage the original.

Nilsson told Live Science: “In this case, there was no jaw. So, the first thing to reconstruct was his jaw.” 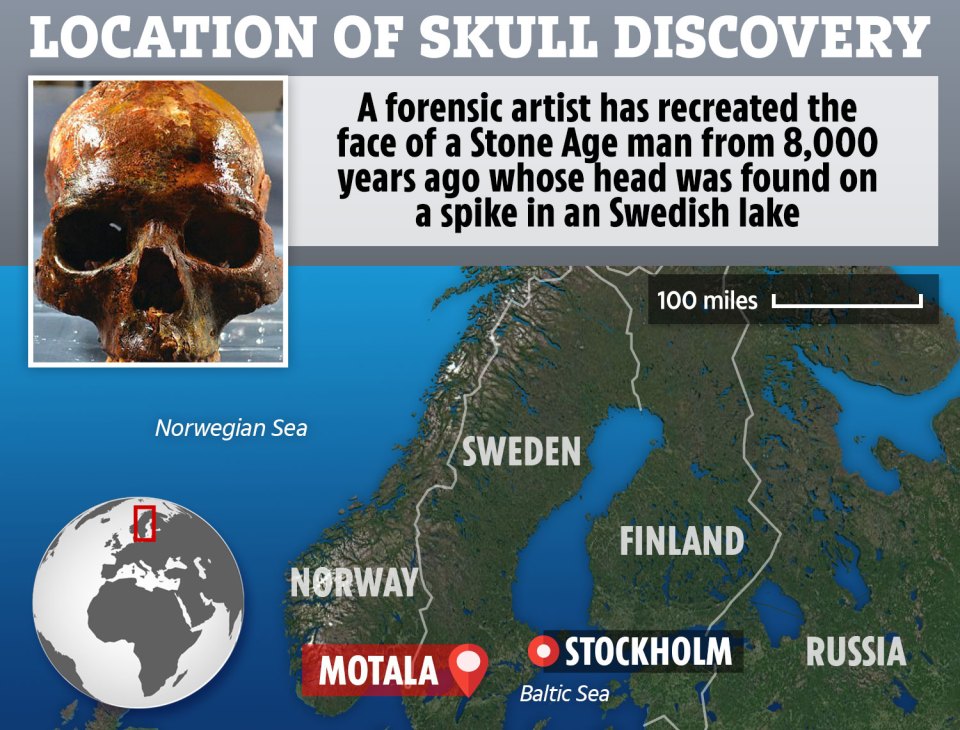 He was given blue eyes[/caption]

The jaws of brown bears, wild boars, deers and moose were found in the grave so Nilsson let that inspire the man’s wardrobe and hair.

Nilsson told Live Science: “He wears the skin from a wild boar.

“We can see from how the human skulls and animal jaws were found that they clearly meant a big deal in their cultural and religious beliefs.”

He was also give short hair with a wisp at the back like a pig’s tail.

The short hair also showed off a a 1-inch-long wound in the man’s head.

This head injury showed signs of healing though and wasn’t the one that killed him.

Chalk decorating the man’s neck was based on Indigenous groups using chalk today and is more a bit of artistic licence than a fact.

Nilson explained to Live Science: “We have no reason to believe these people were less interested in their looks, and to express their individuality, than we are today.”


Alien life may be lurking in Earth-like ocean on Jupiter moon, Nasa admits

In other archaeology news, a huge volcanic eruption in Alaska may have resulted in the fall of the Roman Republic.

What are your thoughts on the Stone Age man reconstruction? Let us know in the comments… 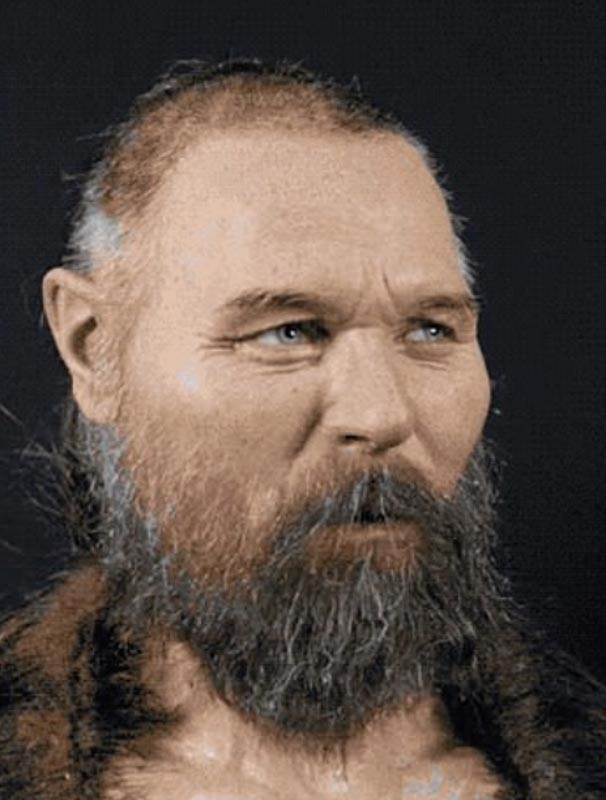