THE giant moon that graces our skies in June is called the strawberry supermoon – so named because it occurs during the strawberry harvest in North America.

In 2021, skygazers will be able to spot the supermoon on Thursday June 24, before having to wait almost a year for the next one.

The Strawberry Moon visible in Pakistan[/caption]

What is the spiritual meaning behind June’s strawberry moon?

It’s widely believed within Astrology that the Moon’s journey through the Zodiac signs affects the inner self.

According to astrologer Jamie Partridge of AstrologyKing.com, the Moon forms a 60-degree sextile with the gas giant.

Partridge said: “So the spiritual meaning of the Full Moon June 2021 astrology relates to good fortune, optimism and generosity.

“The June 2021 full moon aligns very closely with a fortunate fixed star that is associated with success, ambition, honesty and spirituality.

“So this is an excellent moon phase to combat the lies and deception of the June 10 solar eclipse.”

Where does the ‘strawberry’ name come from?

Of how the moon was named, Nasa wrote: “The Maine Farmer’s Almanac first published “Indian” names for the full Moons in the 1930’s.

“According to this Almanac, as the full Moon in June and the last full Moon of spring, the Algonquin tribes called this the Strawberry Moon.

“The name comes from the relatively short season for harvesting strawberries in the north-eastern United States.”

The Strawberry Moon rising in New York in 2018[/caption]

An almanac is an annual publication that lists events.

People across the globe should be able to see the Moon looking vast and potentially pinkish.

June’s full Moon is always particularly low in the sky, this can make it shine through more of the atmosphere than at other times in the year.

It won’t technically be pink or red but, according to Nasa, its low position can sometimes give the full Moon a reddish or rose colour.

Similar to when a rising or setting Sun appears pinkish or red.

So its fruit-based name isn’t technically anything to do with its colour but it may still look pinkish if you catch it as it rises or sets.

Try catching a glimpse after sunset to see if you notice any pinkness.

Another name given to the phenomenon is Mead Moon or the Honey Moon – a time when honey is ripe and ready to be harvested, potentially to be turned into mead.

The full Moon this evening will also coincide with a penumbral eclipse, which shows up as a slight shadow on the Moon’s face.

Stargazers in parts of Europe, Africa, Asia and Australia mat be able to spot the penumbral lunar eclipse if they look closely.

The UK won’t have the best view and North America isn’t expected to see it.

The subtle eclipse is caused by the Moon passing through part of Earth’s shadow.

The 1500s term “honeymoon” may be linked to this full Moon, referring to the first month after marriage.

How could the strawberry moon affect my star sign?

While the Strawberry Moon is expected to have an impact on all star signs, it will have a particularly big impact on those whose birthdays mean they have a Capricorn sign, ora cancer sign.

According to Bustle, June’s lunar high point rises in the earthy, no-nonsense sign of Capricorn, which offers a chance to bring work-related matters to a celebratory climax and let go of emotional blockages.

The lunation as a catalyst for releasing stress around work, and embracing the more domestic and emotionally-attuned energy of cancer season, the outlet reported.

June’s supermoon arrives on the heels of several cosmic resets – the summer solstice and the start of the Cancer season that occurred simultaneously on June 20.

The forward-moving energy of the supermoon inspires all zodiac signs to enjoy the opportunities summer has to offer. 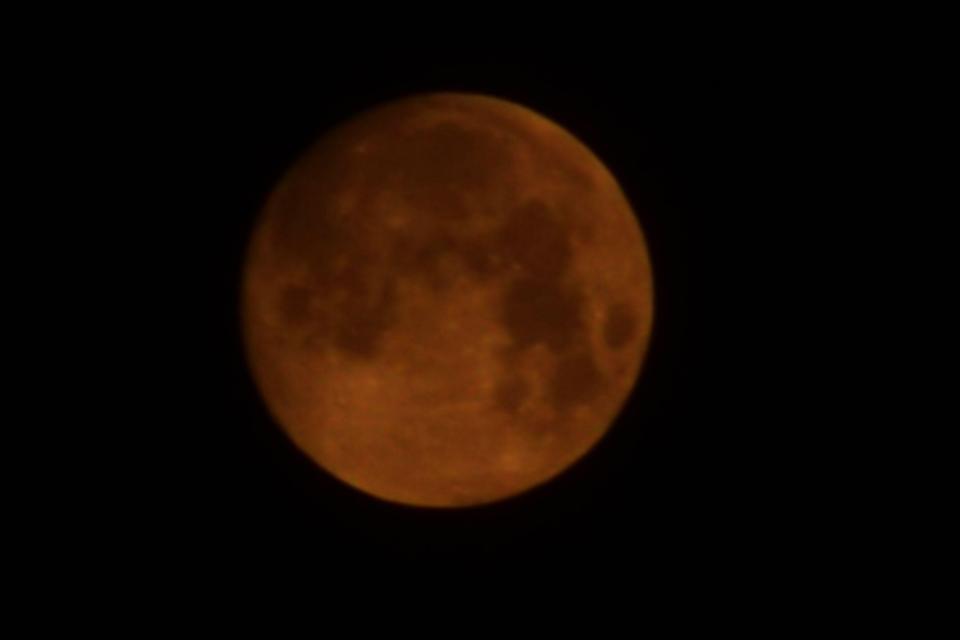